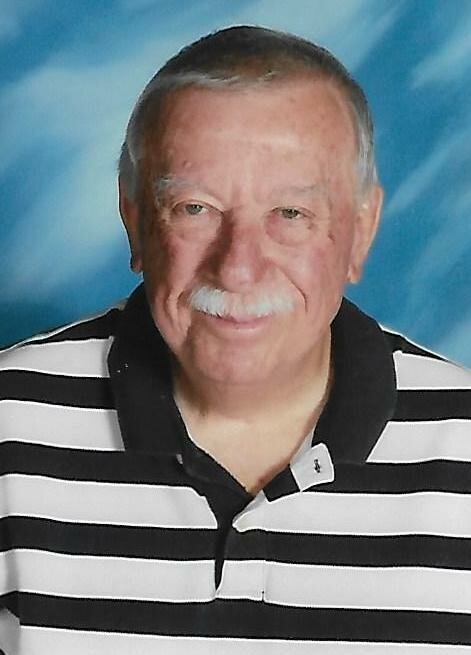 Please share a memory of Harry to include in a keepsake book for family and friends.
View Tribute Book
Harry Dean Jordan of Amherstdale, WV Harry Dean Jordan, 79, of Amherstdale passed away August 31, 2021, at Amherstdale, of injuries sustained in an automobile accident. He was born on January 17, 1942, in Birmingham, MI, the son of the late Bernard and Myrtle Jordan. In addition to his parents, he was preceded in death by his brothers, Larry Jordan and David Jordan; and his sister, Judy Jordan Hudson. Harry Dean served as a radio operator in the Army during the Cold War. He received his teaching degree from Marshall University. Mr. Jordan taught in the secondary school system for the Board of Education for 52 years, most of them as a 9th grade teacher for Man Junior High School. He touched the lives of students at Man Junior High and Man Middle School with his easy going approach and sense of humor. Harry Dean also enjoyed playing golf with his brother, Jim. He left behind the love of his life, his wife of 40 years, Mary White Jordan; three children, Valerie Jordan of Amherstdale, David Boone and his wife Kim of Roanoke, VA, and Lori Padgett and her husband William of North Carolina; three grandsons; two granddaughters; eight great-grandchildren, two brothers, James Jordan and his wife Pat of Amherstdale and Mike Jordan and his wife Molly of South Charleston; along with a host of other relatives and friends. A gathering of friends and family will be held from 6-9 p.m. Thursday, September 2, 2021, at the Krantz-McNeely Funeral Home at Man where a Remembrance Service will begin at 7:00 p.m. with Rev. Terry Stone officiating. Military honors will be conducted by the Wyoming County Veterans Honor Guard. In honor of Harry Dean’s wishes his remains have been cremated. I lieu of flowers the family requests donations be sent to: Jennifer Belcher C/O Man Middle School, 1 Pioneer Path, Mallory, WV 25634, Phone: 304-583-8037 to purchase an outdoor bench in memory of Mr. Harry Dean Jordan. Online condolences may be sent to www.krantzmcneelyfuneralhome.com Arrangements have been entrusted to the care of the Krantz-McNeely Funeral Home at Man.
To plant a beautiful memorial tree in memory of Harry Jordan, please visit our Tree Store
Thursday
2
September

In honor of Harry Dean's wishes his remains have been cremated.
Online Memory & Photo Sharing Event
Online Event
About this Event

Share Your Memory of
Harry
Upload Your Memory View All Memories
Be the first to upload a memory!
Share A Memory
Plant a Tree