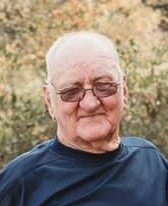 Please share a memory of Wallace to include in a keepsake book for family and friends.
View Tribute Book
Wallace Copley, 84, of Davin, went to his Heavenly home on Sunday, August 8, 2021, leaving from Logan Regional Medical Center, after a short illness. He was born on June 8, 1937, in Kentucky, the son of the late Walter and Lena (Rosser) Copley. In addition to his parents, he was preceded in death by infant daughters, Pamela Copley and Debra Copley; and two brothers, Ronald Copley and Murhl Copley. Wallace joined the United States Army in 1955 and served his country until 1958. He returned to Logan County, married the girl next door Margaret Camma Belcher, and moved to Baltimore, Maryland where he worked as a mechanic for a Chevy car dealership. Wallace moved his family to Mansfield, OH where he continued mechanic work. Returning to WV, Wallace got a job in the coal mines as an electrician where he worked for the next 12 years. He then opened his own business, Copley Construction, and worked there until his retirement. Wallace was an all around jack of all trades. He enjoyed hunting and fishing as well as working on cars. While raising their family, he and Margaret grew a garden and raised their own cows, pigs, and chickens. Those left to cherish his memory are the love of his life, his wife of 63 years, Margaret Camma (Belcher) Copley; four children, Wallace Delane Copley and his wife, Gena and Gary Copley and his wife Brandi, all of Davin; Larry Copley and his wife Marsha and Lisa Workman and her husband Mike, all of Cyclone; seven grandchildren, Branndi Grimmett and her husband Nick of Landville, Ariel Copley of Davin, Tyler Copley and his wife Morgan of Oceana, Trevor Copley and Tiffany Copley of Cyclone, Kendra Frye and her husband Cody, and Lindsay Workman and her boyfriend Gary Miller, all of Cyclone; three great-grandsons, Parker Grimmett, and Tucker Frye and Tatum Frye; one sister, Gloria Stafford of Matheny; one brother, Ralph Copley of IN; and many nieces and nephews along with a host of other relatives and friends. Visitation will be held from 12 until 2 p.m. on Thursday, August 12, 2021, at the Krantz-McNeely Funeral Home at Man. Funeral services will begin at 2 p.m. Thursday at the Krantz-McNeely Funeral Home at Man with Rev. Roger Frye and Rev. Lucian Brown officiating. Burial will follow in the Simon and Johnson Cemetery at Godby. Military honors will be conducted by the Wyoming County Honor Guard. Online condolences may be sent to www.krantzmcneelyfuneralhome.com Arrangements have been entrusted to the care of the Krantz-McNeely Funeral Home at Man.
To plant a beautiful memorial tree in memory of Wallace Copley, please visit our Tree Store
Thursday
12
August

Share Your Memory of
Wallace
Upload Your Memory View All Memories
Be the first to upload a memory!
Share A Memory
Plant a Tree