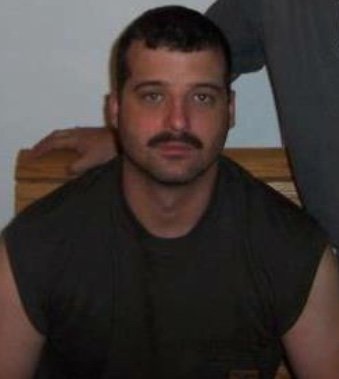 On July 27, 2018, Guy Anthony Gibson departed this life to go to his heavenly home.

He was born on May 15, 1976 in , a son of Patricia Bryant Gibson of Accoville and the late Orville Lee Gibson, Jr.

In addition to his father who was his hero, he was preceded in death by his paternal grandparents, Delores Jean Withrow Gibson Kilgore, Orville Lee Gibson, Sr.; his step-grandfather, Elbert “Junior” Kilgore; and his aunts and uncle, Linda and Freddy Joe Adkins and Mary Linville.

Guy loved his family, friends, and his dog Sarge very much.  He was a very gifted man in many respects such as woodworking, mining supplies, cooking and anything else that took talent.  His favorite activities were having cookouts going fishing, and watching his favorite team the Indianapolis Colts on television.  Guy was very proud of so many things that he achieved in his life.

In addition to his mother, those left to cherish his memory are his loving wife of 21 years, Malinda Dawn Elam Gibson; his daughter, Ashton Dawn Hall and her husband, Corey, of Greenville; his son, Jacob Anthony Gibson; his sister, Anita Marie Nickell and her husband, Buddy of Logan;  his maternal grandparents, Guy (after whom he was named) and Anita Bryant of Mineral City; his special uncles and aunts, James and Tammy Bryant, Tony and Sherry Bryant, Debbie and Chet Barnett, Vanessa Harless, Lisa Ellis, Kim Ellis, and Gloria Gilco; his mother-in-law, Joyce Morgan; his sister-in-law, Delana Spence and her husband, Kenny; his brother-in-law, Kevin Lee Elam; sister-in-law, Lori Thomas; his nieces and nephews, Jeremiah Jackson, Taylor and Trey Spence, Autumn Faine and her husband, Daniel, Annika and Aracoma Elam, Brianna, Johnanna, Eddie, and Jonathan Thomas, Jessika Maynard and her husband, Robert, and their son, Little Robert; along with many cousins and a host of other relatives and friends.

His family would like to thank everyone that has helped or said a kind word through our time of sorrow.  A special thanks to T. J. Crosby, Christina and Anthony Goodman, Leander and Sharon Workman, Rufus Workman, all of the hollow kids (as he called them), Krantz-McNeely Funeral Home, and anyone else that helped or donated.

A memorial service for close family and friends to let him know how much he was loved will be held at 2 p.m. Wednesday, August 1, 2018, at the Mallory Church of God with Bishop Shaun Walker officiating.

In honor of his request his remains have been cremated.

Donations to help with funeral expenses can be made to Krantz-McNeely Funeral Home, -Man, WV  25635.

Flowers will also be accepted at the Mallory Church of God on Wednesday.

Share Your Memory of
Guy
Upload Your Memory View All Memories
Be the first to upload a memory!
Share A Memory
Plant a Tree