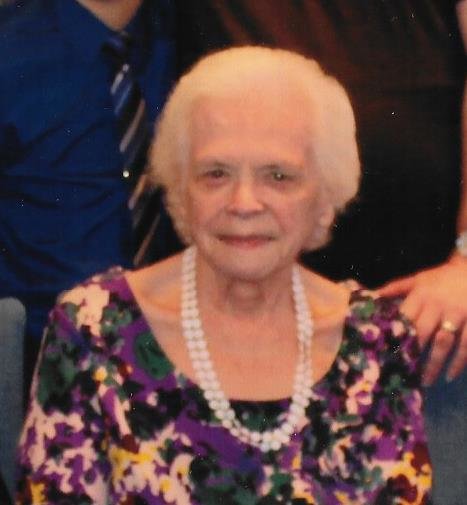 Berta Carol Adkins, 77, of Amherstdale, went to be with her Lord and Savior Jesus Christ on Monday, July 23, 2018, leaving from her earthly home, surrounded by her loving family, after an extended illness.

In addition to her parents, she was preceded in death by her husband of 54 years, Warren Shelton Adkins who went to be with the Lord on April 21, 2018; her parents-in-law, Ossie and Zula Neal Adkins; one brother, Orville “Bud” Wilson; and one sister, Margaret Lou Wilson.

She was a retired school teacher formerly employed with the Logan County Board of Education for 34 years.  A member of the for 64 years, Berta was, until her illness, the Church Clerk and Sunday School Secretary.  She had served her church as a former VBS Director and Ladies Aide President for many years.  Until her health declined, Berta faithfully attended , fulfilled the duties that were asked of her by the church, and sang in the church choir.  Until this year, Berta served as the Clerk and treasurer of the United Baptist Sunday School Convention for many years.  Since the 1980’s she loved to cook at the youth camps and in the late 1990’s at the association meetings of the Bethlehem Association of United Baptist Church Camp at Salt Rock.  Berta bowled on the Ladies Thursday Night Church League at Plaza Lanes and was the Secretary and Treasurer of the League for many years.

In her spare time, Berta enjoyed crocheting.  Berta was devoted to her family and loved to listen to Kayla play the piano and Timothy tell his bowling stories when they came into visit.

Those left to cherish her memory are two daughters and their husbands, Shelly and Melvin Whitley of and Sarah and Rev. Stephen Hunt of Mallory; two grandchildren that were her pride and joy, Kayla and Timothy Whitley of Statesville, NC; two sisters, Clara Mae Browning and Sharon Thompson, both of Amherstdale; one brother and his wife, Loran “L.C.” and Mary Wilson of Lawton, OK; and many nieces and nephews along with a host of other relatives, church family, and friends.

Visitation will be held from 6 to 9 p.m. Thursday at the at Becco and one hour prior to services at the church also.

Funeral services will be held at 11 a.m. Friday, July 27, 2018, at the with Rev. Barney Goins assisted by Pastor P.J. Tomblin and Brother Aubrey Lusk officiating.  Burial will follow in at Godby.

In lieu of flowers, contributions may be made to White Tabernacle Fund, UBSSC, .

Pall bearers will be nephews.

Arrangements have been entrusted to the care of the Krantz-McNeely Funeral Home.