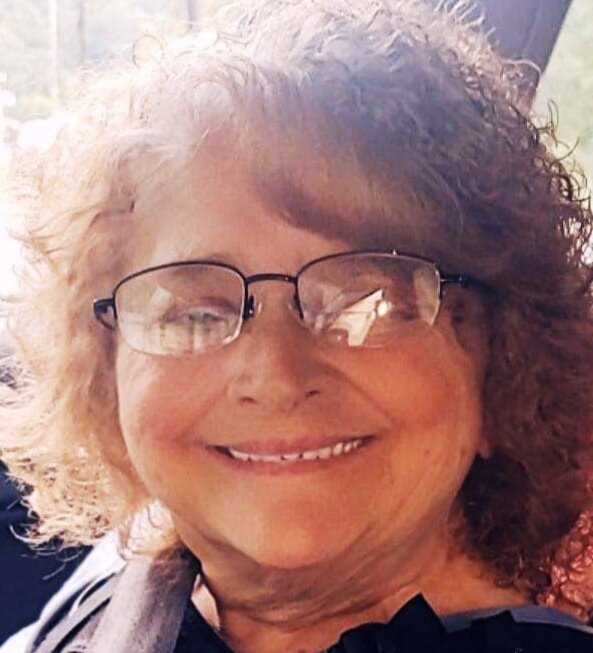 Obituary of Lena May Maynard Adkins

Please share a memory of Lena to include in a keepsake book for family and friends.
View Tribute Book
Lena May Maynard Adkins of Amherstdale formerly of Madison Creek, WV Lena May Maynard Adkins, 64, of Amherstdale formerly of Madison Creek, WV, went to be with the Lord on September 13, 2022, leaving from Logan Regional Medical Center, after a brief illness. She was born on November 13, 1957, at Logan, the daughter of the late Bernard and Maggie (Hatfield) Maynard. In addition to her parents, she was preceded in death by one daughter, Melissa Gail Adkins May; Lena’s siblings, Donald Ellis, Douglas Maynard, Sidney Russell “Duke” Maynard, and Vivian Perry; Lena absolutely loved giving hugs to anyone wiling to receive one. She loved to garden, draw, paint, and do crafts. Those left to cherish and honor her memory are her husband of 44 years, Tommy Adkins; daughter, Misty Dawn Adkins Thompson and her husband Kenny Thompson and their children Ashlee Chapman of Orgas, Anita White (Travis Vance) of Seth, Monica White of Beckley, and Mackenzie Thompson (Tyson Preece) of Sylvester; Melissa’s children, Benjamin and his wife Kesley May, Coty May, and Alex May; great-grandchildren, are Brooklyn Baldwin, Arionna Baldwin, Adalynn Turner, Nathan Chapman, Nevie Chapman, Jaxon Thompson, Penelope Preece, Everleigh May, and Judah Andrew May; siblings, Bernard Maynard, Jr., Robert Gregory Maynard, and Glenda Sue Bartram; along with a host of other nieces, nephews, family and friends. Our family appreciates each and every person who has had a hand in Lena’s care over the years especially Amy Ellis who Lena loved dearly. Visitation will be held from 12:00 a.m. until 2:00 p.m. Friday, September 16, 2022, at Lyburn Freewill Baptist Church at Lyburn. A celebration of life service will begin at 2 p.m. Friday, September 16, 2022, at the Lyburn Freewill Baptist Church with Rev. Jody Brown officiating for Lena and her brother, Sidney Russell Maynard. Lena's remains will be cremated after her services. Online condolences may be sent to krantzmcneelyfuneralhome.com Arrangements have been entrusted to the care of the Krantz-McNeely Funeral Home at Man.
To plant a beautiful memorial tree in memory of Lena Adkins, please visit our Tree Store
Thursday
15
September

Lena's remains will be cremated after her services.

Share Your Memory of
Lena
Upload Your Memory View All Memories
Be the first to upload a memory!
Share A Memory
Plant a Tree