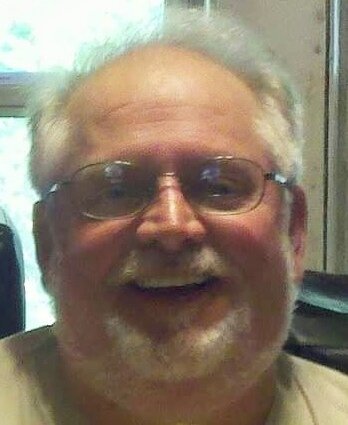 Please share a memory of Sidney to include in a keepsake book for family and friends.
View Tribute Book
Sidney Russell “Duke” Maynard of Henlawson, WV Sidney Russell “Duke” Maynard, 68, of Henlawson, went to be with the Lord on Monday, September 12, 2022, leaving suddenly from his earthly home, after battling many years of health issues. He was born on September 15, 1953, at Logan, the son of the late Bernard and Maggie Maynard. In addition to his parents, he was preceded in death by his son, Kevin Russell Maynard; grandson, Anthony Bernard Maynard; James William Ward who he considered a son; brothers, Donald Ellis and Douglas Maynard; and two sisters, Vivian Perry and Melissa Gail Mays. Sidney was a man of Godly faith. He was a retired coal miner and a member of the UMWA district 17. Devoted to his family, Sidney loved spending time with them more than anything. He enjoyed hunting, fishing, and woodworking when his health allowed. Sidney was an armature radio operator that many may remember by his call sign KD8CVI. He will be deeply missed by his family and friends. Those left to cherish his memory are his loving and devoted wife of 50 years, Naomi Blevins Maynard; son and his spouse, Bernard and Jennifer Maynard and their children, Kevin Maynard and his fiancé Amanda, Zachary Maynard and his girlfriend Madison, Sydney “Bella” Maynard, and Michael Steven Ward and his wife Angela; son, Michael and Savanah Maynard and their children, Michael Paul Maynard II and his girlfriend Kearston, Chloe Beth Maynard, Violet R. Maynard, Jeremy, Christopher, Eric Ray, and Erica; daughter and spouse, Laura and Russell Woody and their children, Lora Evelyn Ward and Sheldon R. Woody; great-grandchildren, Lorenzo Z. Maynard, Malachi, Brooklynn Ward, and one great-grand-baby due in March of 2023; brothers, Bernard Maynard, Jr. and Robert Gregory Maynard; sisters, Glenda Sue Bartram, Lena M. (Tommy) Adkins, and Misty Adkins (Kenny) Thompson; brother-in-law, Richard Perry; and a host of nieces, nephews, and other family and friends. Visitation will held from 6-9 p.m. Thursday, September 15, 2022, at the Lyburn Freewill Baptist Church at Lyburn. A Celebration of Life Service will begin at 2:00 p.m. on Friday, September 16, 2022, at Lyburn Freewill Baptist Church with Rev. Jody Brown officiating. Visitation will be held one hour prior to services on Friday. In honor of Sidney’s wishes his remains will be cremated after the services. At Sidney’s request, instead of flowers, please make donations to Wildlife Conservation or the National Rifle Association (NRA). If you want to purchase flowers it is his request that you send something that can be planted in his memory. Pallbearers will be family and friends. Online condolences may be sent to www.krantzmcneelyfuneralhome.com Arrangements have been entrusted to the care of the Krantz-McNeely Funeral Home at Man.
To plant a beautiful memorial tree in memory of Sidney Maynard, please visit our Tree Store
Thursday
15
September

In honor of Sidney's wishes his remains will be cremated after the services.

At Sidney's request, instead of flowers, please make donations to Wildlife Conservation or the National Rifle Association (NRA). If you want to send flowers it is his suggestion that you send something that can be planted in his memory.
Online Memory & Photo Sharing Event
Online Event
About this Event

Share Your Memory of
Sidney
Upload Your Memory View All Memories
Be the first to upload a memory!
Share A Memory
Plant a Tree