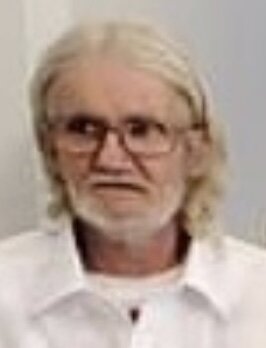 Please share a memory of Elvis "Elbow" to include in a keepsake book for family and friends.
View Tribute Book
Elvis "Elbow" Fabian Adkins, 62, of Crown, departed this life Wednesday, August 31, 2022 at Logan Regional Medical Center. He was born on August 07, 1960 in Man, The son of the late Golden and Gloria (Simpkins) Adkins. Elbow's favorite past-time was spending time with his family and his animals. Anywhere he went he never met a stranger. He was an outstanding mechanic and worked many years at Kelly Smith's Wrecker Service. In addition to his parents he was preceded in death by two sisters; Carolyn Griffen and Jackie Harvey. Elbow is survived by his wife Cathy Jean Adkins; one daughter; Amy Bias and her husband Emert; Sons; Kenneth Files JR. , Allen Files, Brothers; Ricky Adkins, Gary Adkins, Larry Simpkins, Hurston Simpkins , Paul Simpkins , Brian Simpkins, and one sister; Patricia Baldwin, one best friend and "brother" Rick Goodman, along with a host of nieces and nephews, family and friends. In honor of Elbow's wishes, his remains will be cremated. A Celebration of Elbow's Life will be held at a later date. Online condolences may be sent to www.krantzmcneelyfuneralhome.com Arrangements have been entrusted to the care of the Krantz-McNeely Funeral Home at Man.
To plant a beautiful memorial tree in memory of Elvis "Elbow" Adkins, please visit our Tree Store

A Celebration of Elbow's life will be held at a later date.

Share Your Memory of
Elvis "Elbow"
Upload Your Memory View All Memories
Be the first to upload a memory!
Share A Memory
Plant a Tree