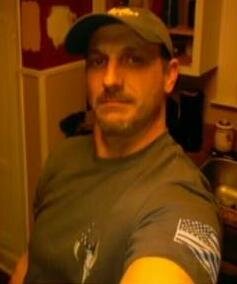 Please share a memory of Richard to include in a keepsake book for family and friends.
View Tribute Book
Richard Shane Ellis of Blair formerly of Lundale, WV Shane Ellis, 46, of Blair formerly of Lundale, departed this life on Sunday, August 07, 2022 at CAMC Memorial Division in Charleston, after complications of COVID and resulting heart surgery. Shane was born on August 13, 1975 in Man, the son of Elaine (Staten) Ellis of Lundale and the late Richard Ellis. In addition to his father, he was preceded in death by his grandparents, Arland and Betty Ellis and Roland and Ethel Staten. Shane was formerly employed as a Coal Miner. An outdoorsman, Shane enjoyed hunting and fishing. Those left to cherish his memory are two Children, Breanna Ellis of Accoville and Michael Ellis who is serving in the U.S. military; his mother, Elaine Ellis of Lundale; one sister, Tanya Brumfield of Lundale; his Brother-in-law, Terry “Spanky” Brumfield of Lorado; his niece, Harper Brumfield of Lorado along with a host of other relatives and friends. A gathering will be held from 6:00 p.m. to 8 p.m. Thursday, August 11, 2022, at the Becco United Baptist Church at Becco. In honor of Shane's wishes his remains have been cremated. Online condolences can be made at krantzmcneelyfuneralhome.com. Funeral arrangements have been entrusted to Krantz-McNeely Funeral Home, 115 Market Street Man, WV 25635, (304) 583-6582.
To plant a beautiful memorial tree in memory of Richard Ellis, please visit our Tree Store
Thursday
11
August

In honor of Shane's wishes his remains have been cremated.
Online Memory & Photo Sharing Event
Online Event
About this Event