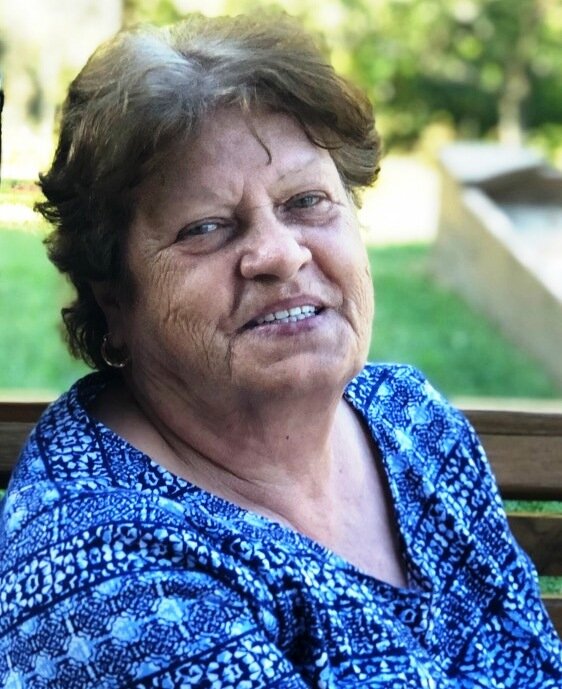 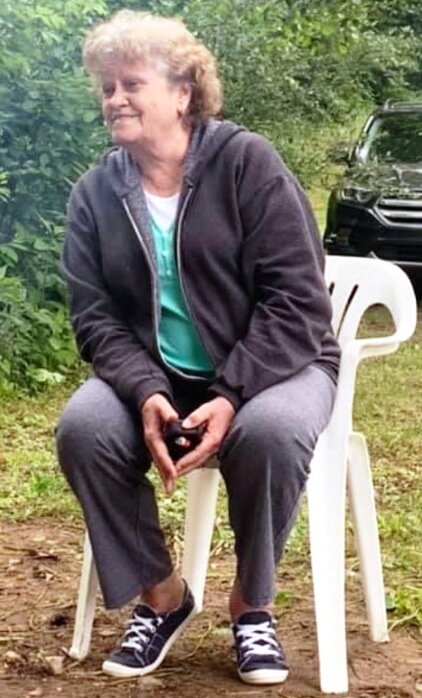 Please share a memory of Brenda to include in a keepsake book for family and friends.
View Tribute Book
Brenda Lou Bragg Of Accoville Brenda Lou Bragg, 72, of Accoville, went to be with her Lord and Savior Jesus Christ on Friday, April 1, 2022, leaving from the Emogene Dolin Jones Hospice House in Huntington, after a brief illness. She was born on September 28, 1949, at Accoville, the daughter of the late Edgar and Lora (Hutchinson) Johnston. In addition to her parents, she was preceded in death by her husband, David Edward Bragg; six siblings, MaeLee Burgess and her first husband, Harry Hager, Naamon Johnston, Mack and Perky Johnson, Sue and Richard Adkins, and infant sister, Geraldine Johnston; two brothers-in-law, Oscar Adkins and Dewey Bailey; Bragg family brothers-in-law and sisters-in-law, James and Tonnia Bragg, Barbara and Howard Copley, Joe Bragg, Joyce Imes, and Charles, Richard “Dickie”, and Jerry Richmond. Brenda was a 1967 graduate of Man High School. After graduation, she married the love of her life David Bragg and they began their family. She was a devoted wife, mother, grandmother, and great-grandmother. A Christian, Brenda was a member of the Mt. Olive Freewill Baptist Church where she served as church treasurer and as a former Sunday school teacher. Brenda was a head start teacher for over 25 years working at both Lorado Head Start and South Man Grade School. A gifted teacher, Brenda loved her students and they loved her. After retirement, Brenda enjoyed taking care of her great-grandbabies and spending her summers at her camp on the Greenbrier River. Those left to cherish her memory are one daughter, Patty (Keith) Duncan of Accoville; three grandchildren, Savannah (Ben) Ellis of Fraziers Bottom, Brandon (Taylor) Duncan of Accoville, and Keeley Duncan of Accoville (Brock Muncy); three great-grandbabies, Luke Ellis, Autumn Ellis, and Bo Duncan; four sisters, Betty Jo Bailey of Ironton, OH, Ida (Don) Spears of Amherst, OH, Mary Adkins of Branchland, and Linda Spencer of Milton; one sister-in-law, Betty Lou Evans of Mallory; two brothers-in-law and their wives, Johnnie and Kay Bragg of Accoville and Robert and Norma Jean Bragg of Greenbrier Co.; many nieces and nephews along with a host of other relatives, church family, and friends. Visitation will be held from 11:00 a.m. until 1:00 p.m. Tuesday at the Krantz-McNeely Funeral Home at Man. Funeral service will begin at 1:00 p.m. Tuesday, April 5, 2022, at the Krantz-McNeely Funeral Home with Rev. P.J. Tomblin officiating. Burial will follow in Highland Memory Gardens at Godby. Active pall bearers will be Keith Duncan, Brandon Duncan, Bo Duncan, Ben Ellis, Luke Ellis, Brock Muncy, Johnnie Bragg, J.J. Nunley, Matthew “Mokey” Adkins, and Erick Grimmett. Honorary pall bearers will be Rev. Buddy Hager and Robert Bragg. Online condolences may be sent to www.krantzmcneelyfuneralhome.com Arrangements have been entrusted to the care of the Krantz-McNeely Funeral Home at Man.
To plant a beautiful memorial tree in memory of Brenda Bragg, please visit our Tree Store
Tuesday
5
April

Share Your Memory of
Brenda
Upload Your Memory View All Memories
Be the first to upload a memory!
Share A Memory
Plant a Tree