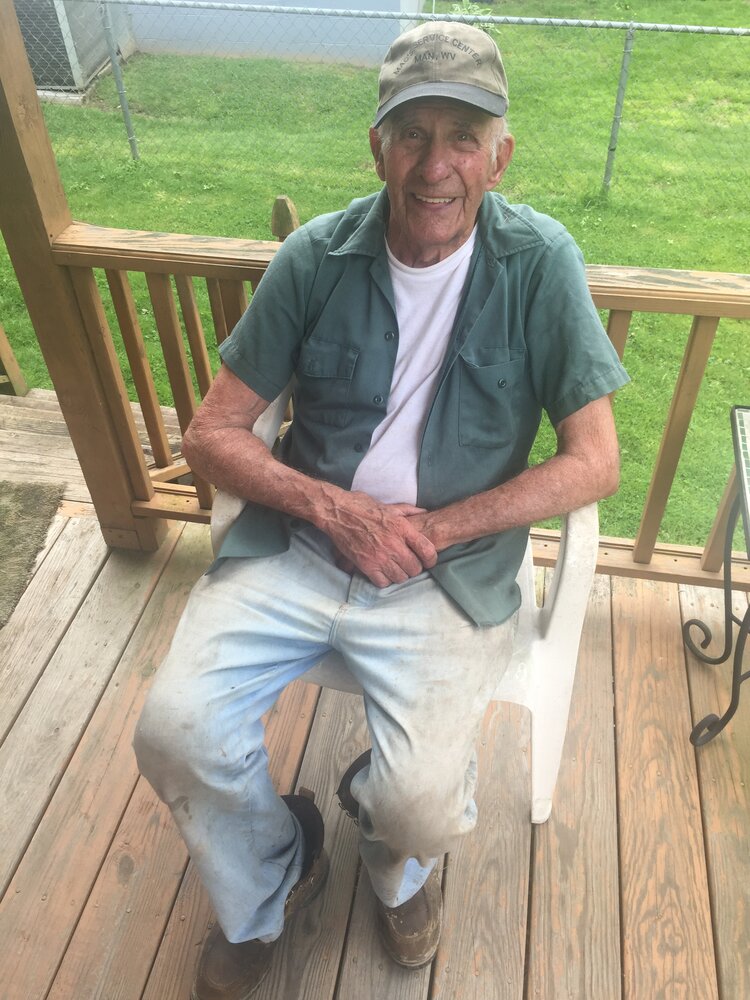 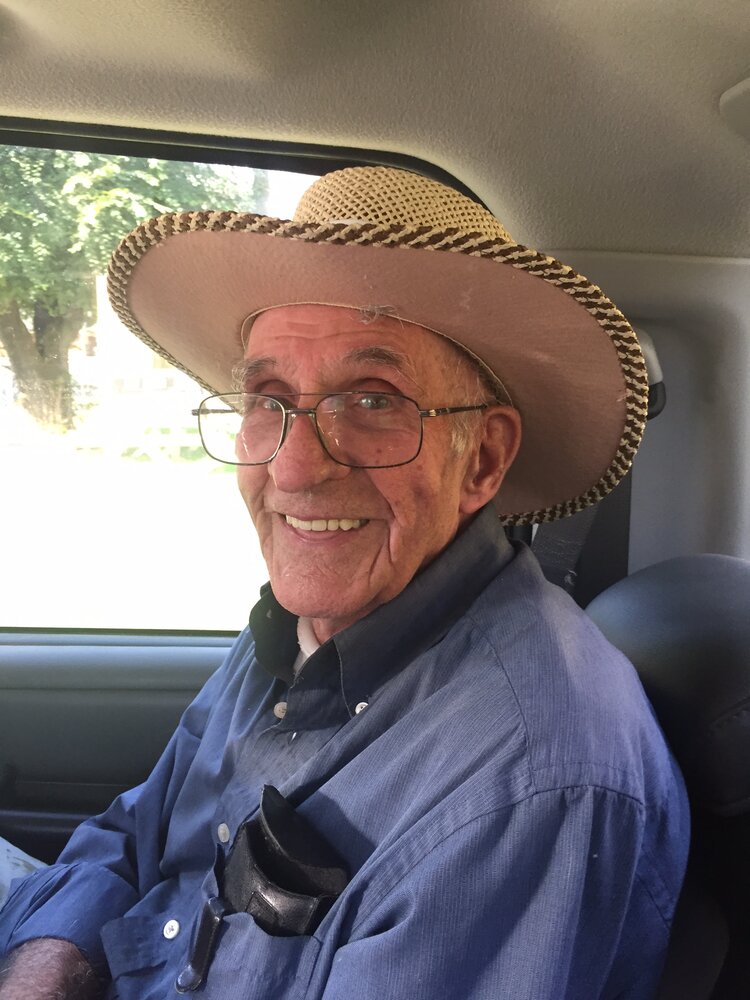 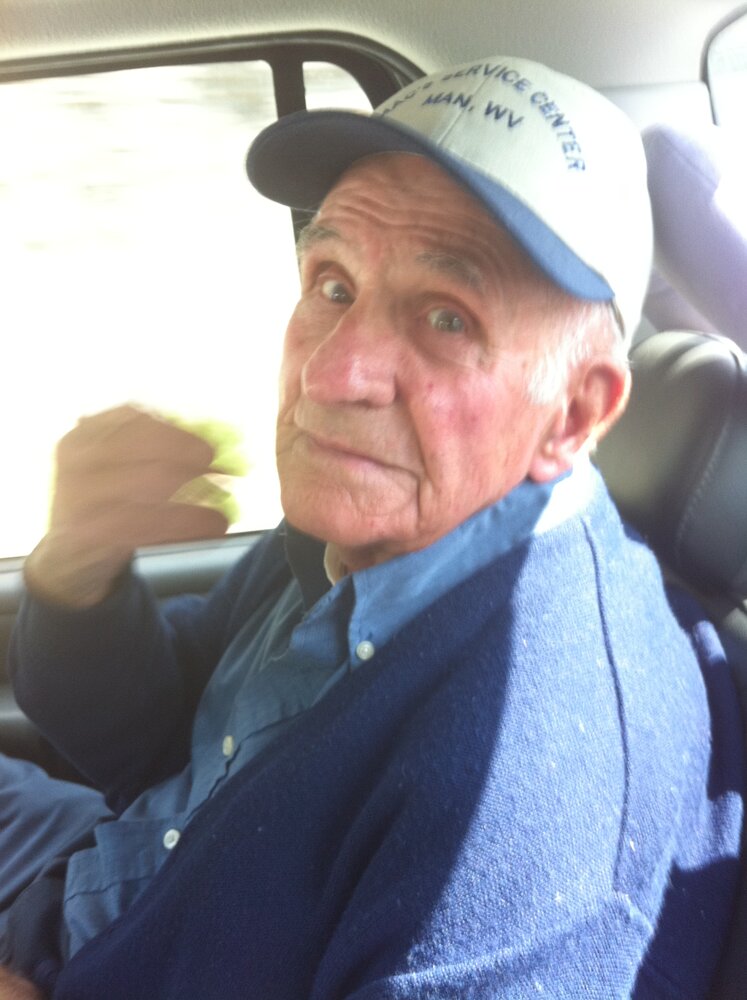 Please share a memory of Lewis to include in a keepsake book for family and friends.
View Tribute Book
Lewis Posey Perry of Davin, WV Lewis Posey Perry, 95, of Davin, went to be with his Lord and Savior Jesus Christ on Tuesday, February 8, 2022, leaving from CAMC-Memorial Division, after an extended illness. He was born on September 16, 1926, at Cyclone, the son of the late Lewis Pierce and Rosa (Brown) Perry. In addition to his parents, he was preceded in death by one son, Lewis David “P-Nut” Perry; five sisters, Lona Cline, Lura Devaney, Gladys McQuaid, Susie Maxey, and Edna Ruth Justice; and four brothers, Mike Perry, Bill Perry, Paul Perry, and Estil Perry. Posey was a 1945 graduate of Oceana High School where he played on the basketball team. He entered the U.S. Army in 1945 where he served in the Pacific theatre during WWII. After the war Posey returned to the Cyclone area where he went to work in the WV coal mines and met the love of his life Sillian “Sid” Crabtree. Posey and Sid married on June 27, 1949 and together they reared two sons. Posey retired as an electrician from the coal mines in 1984. He became a Christian in 1974 and was a member of the First Baptist Church at Man for the last 20 years. Posey considered it to be his mission to work in the Huff Creek Ministries Food Pantry where he has helped for over 30 years. He enjoyed gardening, sitting on the porch talking to everyone who passed by, and when he was able fishing, and hunting. Devoted to his family, Posey was a wonderful husband, a dedicated dad, and a great grandfather. He loved to take his granddaughters for ice cream and called his son and grand-daughters every day to check on them. Those left to cherish his memory are his loving wife of going on 73 years, Sillian “Sid” Perry; one son, Paul Perry and his wife Rita of Castaic, CA; two grand-daughters, P-Nut’s daughter, Megan Perry of Greenville, NC and Paul’s daughter, Allison Perry of Valencia, CA; along with a host of other relatives, church family, and friends. Visitation will be held from 6-9 p.m. Tuesday at The First Baptist Church at Man. Funeral services will begin at 1:00 p.m. Wednesday, February 16, 2022, at the First Baptist Church with Rev. David Fisher and Rev. Perry Brown officiating. Burial will follow in Forest Lawn Cemetery at Pecks Mill where military graveside rites will be conducted by Wyoming County Veterans Honor Guard. Pall bearers will be David Corns, Jimmy Williams, Jackie Frazier, James “Kink Eye” Justice, Russell Brown, Eddie Harrison, and Larry Lester. Honorary pallbearers will be Bruce Belcher, Don Morgan, Ray Stacy, Greg Crabtree, Rev. Jimmy Frazier, and Danny Gibson. Online condolences may be sent to www.krantzmcneelyfuneralhome.com Arrangements have been entrusted to the care of the Krantz-McNeely Funeral Home at Man.
To plant a beautiful memorial tree in memory of Lewis Perry, please visit our Tree Store
Tuesday
15
February

Military Graveside Rites will be conducted by the Wyoming County Veterans Honor Guard.

The family requests masks be worn inside of the church. Please bring your mask. Thank you
Online Memory & Photo Sharing Event
Online Event
About this Event

Share Your Memory of
Lewis
Upload Your Memory View All Memories
Be the first to upload a memory!
Share A Memory
Plant a Tree