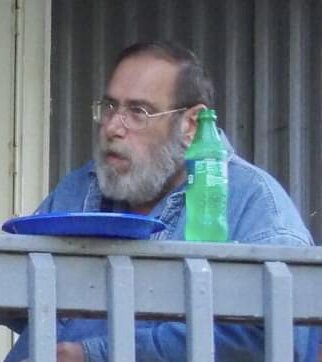 Please share a memory of Fredrick to include in a keepsake book for family and friends.
View Tribute Book
Fredrick “Freddy” Lan Belcher of Man, WV Fredrick “Freddy” Lan Belcher, 63, of Man, went to be with his Lord and Savior Jesus Christ on Friday, January 21, 2022, leaving from Logan Regional Medical Center after a short illness. He was born on June 27, 1958, at Logan, the son of the late Homer and Dorothy Ethel (Crosby) Belcher. In addition to his parents, he was preceded in death by two brothers, Gary Belcher and Billy Joe Belcher. Freddy was a 1976 graduate of Man High School. After graduation, he went to work at the Piggly Wiggly at Man. In 1981 Freddy began his career in the water plant industry ending his career as a water plant operator in October 2021. He met and married the love of his life Florence Vance in 1983. Their union was blessed with a baby boy in 1993 that they named Fredrick Matthew “Matt” Belcher. Freddy was a good provider, a wonderful husband, and a devoted father but there was one thing missing from his life. In February 1998 Freddy accepted the Lord Jesus Christ as his personal Savior and became a faithful member of the Sandlick Freewill Baptist Church. Freddy had a great sense of humor and often remarked when someone had a minor injury, “It will be alright when it quits hurtin.” He will be deeply missed by those who loved him. Those left to cherish his memory are wife of 40 years, Florence (Vance) Belcher; his son, Fredrick Matthew “Matt” Belcher and his wife McKinzey Belcher of Man; his brother, Jeff Belcher of TN; his extended family, church family, and all of the wonderful friends he made along the way. Visitation will be held from 3-6 p.m. Monday, January 24, 2022, at the Sandlick Freewill Baptist Church at Bruno where the funeral service will begin at 6:00 p.m. with Rev. Bill Cantrell officiating. Pallbearers will be family and friends. In honor of Freddy’s request his remains will be cremated after the services. Online condolences may be sent to www.krantzmcneelyfuneralhome.com Arrangements have been entrusted to the care of the Krantz-McNeely Funeral Home at Man.
To plant a beautiful memorial tree in memory of Fredrick Belcher, please visit our Tree Store
Print
Monday
24
January

In honor of Fred's wishes his remains will be cremated after the services.
Online Memory & Photo Sharing Event
Online Event
About this Event

Look inside to read what others have shared
Family and friends are coming together online to create a special keepsake. Every memory left on the online obituary will be automatically included in this book.
View Tribute Book
Share A Memory
Plant a Tree