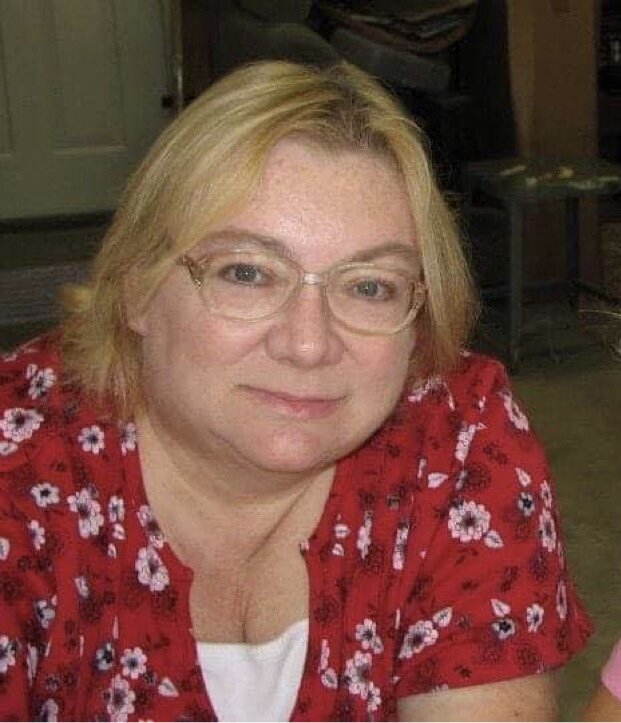 Please share a memory of Sherry to include in a keepsake book for family and friends.
View Tribute Book
Sherry Lynn Lewis of Amherstdale, WV Sherry Lynn Lewis, 68, of Amherstdale, joined her husband in their Heavenly home, leaving this world at Logan Regional Medical Center. She was born on September 15, 1953, at Man, the daughter of the late William Larry and Gladys Irene (Chapman) Cook. In addition to her parents, she was preceded in death by her husband, Robert “Bobby” Lewis; and two nephews, Brian Perry and Stevie West. Sherry was devoted to her family. She was a loving wife, mother, grandmother, aunt, and sister. Sherry loved babies not just her own grandbabies but everyone else’s too. She enjoyed reading, crocheting, shopping, and painting classes. Sherry was a Christian who faithfully attended Lundale Freewill Baptist Church where she was a member of the Ladies Aide. She will be deeply missed by those who loved her. Those left to cherish her memory are one son, Robert “Strikie” Lewis, Jr. and his fiancé Erica Justice of Logan; two daughters, Leigh-Ann Lewis and her fiancé Demmie Workman of Mallory and Barbie Lewis-Parsons of Logan; seven grandchildren, Brennen Lewis, Devin Lewis, Sydney Lewis, Katie Parsons, Hanna Justice, Parker Justice, and Preston Justice; two sisters, Tunie Linville of Man and Renee Donnelly and her husband Tom of Lorado; one brother, Larry D. Cook and his wife Ann of Braeholm; a special sister-in-law, Joyce Brohard; special friends, Louise Blevins and Teresa Mosley, both of Amherstdale, and Becky Ward of NC; and many nieces, nephews, grandnieces, and grandnephews along with a host of other relatives and friends. Visitation will be held from 6-9 p.m. Tuesday at the Krantz-McNeely Funeral Home at Man. Funeral services will begin at 1:00 p.m. Wednesday, December 29, 2021, at the Krantz-McNeely Funeral Home Chapel with Rev. Bobby Adkins officiating. Burial will follow in Forest Lawn Cemetery at Pecks Mill. Pall bearers will be family and friends. Online condolences may be sent to www.krantzmcneelyfuneralhome.com Arrangements have been entrusted to the care of the Krantz-McNeely Funeral Home at Man.
To plant a beautiful memorial tree in memory of Sherry Lewis, please visit our Tree Store
Tuesday
28
December

Share Your Memory of
Sherry
Upload Your Memory View All Memories
Be the first to upload a memory!
Share A Memory
Plant a Tree