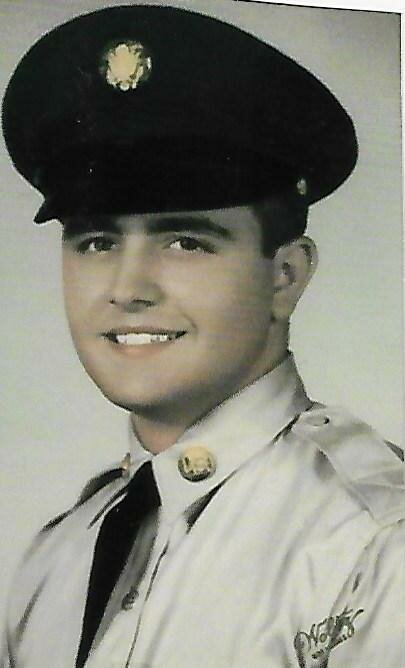 Please share a memory of Terry to include in a keepsake book for family and friends.
View Tribute Book
Terry David Brown of Mallory, WV Terry David Brown, 77, of Mallory, went to be with the Lord on Monday, December 13, 2021, leaving from his residence at Mallory, after a long illness. He was born on May 18, 1944, in Man, the son of the late Elmer Warren and Virginia Lee (Walden) Brown. In addition to his parents, he was preceded in death by one brother, Elmer Warren “Al” Brown, Jr.; and one step-son, Roger Elkins. Those left to cherish his memory are his wife of 24 years, Patricia Ann (Reed) Brown; three daughters, Jennifer (Keith) Shupe of SC, Kim (Gary) Acord of Rolesville, NC, and Trish (Charles) Trogdon of Kistler; one step-son, Steven Elkins and his fiancé Serena of Mallory; his grandchildren, Sarah (Derek) Pennington of Tucson, AZ, Ashley (TJ) Deskins of Chapmanville, Christopher Acord of Rolesville, NC, Nickolas Trogdon of Huntington, Jacob Trogdon of Kistler, Jimmy Elkins of Man, Amy Elkins and Samantha Elkins, both of Raleigh, NC, Katie Murphy of Oklahoma City, OK, and Josh, Ryan, and Shawn Bingham, and Marissa Williams, all of Dutton, AL; his great-grandchildren, Holly, Rebecka, and Lillian Pennington of Tucson, AZ, Emma and Emmy Deskins of Chapmanville, Steven and Nevaeh Elkins of Dutton, AL, Christopher, Brian, and Isabella of Raleigh, NC, Landon Elkins of Raleigh, NC, Greg and Gracie Bingham of Dutton, AL, James and Avery Gibson of Dutton, AL, and Maelee and Emma Murphy of Oklahoma City, OK; one special friend whom he thought of as a brother, Jay Adkins of Robinette; along with a host of other relatives and friends. Visitation will be held from 11:00 a.m. until 1:00 p.m. Monday, December 20, 2021, at the Krantz-McNeely Funeral Home at Man. Funeral services will begin at 1:00 p.m. Monday, December 20, 2021, at the Krantz-McNeely Funeral Home with Rev. Shaun Walker officiating. Burial will follow in Highland Memory Gardens where military graveside rites will be conducted by the VFW Post 6153 and American Legion Post 103 of Chapmanville and the DAV Post 39 of Harts. Pallbearers will be family and friends. Online condolences may be sent to www.krantzmcneelyfuneralhome.com Arrangements have been entrusted to the care of the Krantz-McNeely Funeral Home at Man.
To plant a beautiful memorial tree in memory of Terry Brown, please visit our Tree Store
Monday
20
December