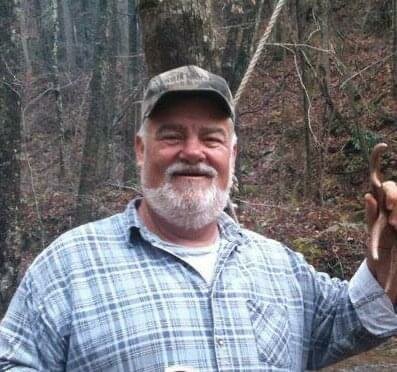 Please share a memory of Bill to include in a keepsake book for family and friends.
View Tribute Book
Bill Johnston of Accoville, WV Hale Billy “Bill” Johnston, 70, of Accoville, joined his family in their Heavenly home on Friday, December 3, 2021, leaving from Logan Regional Medical Center, surrounded by his loving earthly family. He was born on August 3, 1951, at Christian, the son of the late Andrew Hale and Mamie Flossie (Blankenship) Johnston. In addition to his parents, he was preceded in death by two sons, Billy Johnston and Chris Johnston; one grandson, Michael Scites; five sisters, Yvonne Goodman, Effie Kirk, Flossie Cook, Mary Kinder, and Garnet Depta; and two brothers, Lockard Johnston and Delbert Johnston. Bill was a rock truck driver for the Chafin Branch Coal Company until he retired. He enjoyed going to his hunting cabin, riding his side by side, spending time with his fur baby Sadie, and planning for his annual hunting trips with his son-in-law, Gary. Bill was devoted to his family and loved spending time with them. Those left to cherish his memory are his wife of 54 years, Sharon (Elam) Johnston; one daughter, Kimberly Miller and her husband Gary of Accoville; five grandchildren, Gary H. Miller and Tiffany, Christopher Johnston and Shannon, Angel and Josh Lowe, Daniel Balt, and C. J. Carpenter; eight great-grandchildren, Brooklyn, Alexandria, and Tristen Miller, Zaiden Files Johnston, Trevor Lusk, Noah Lowe, Remi Jo Lowe, and Cordelia Collins; two brothers, Roy Johnston of VA and Tim and Tracy Johnston of TN; one sister, Anna Bebee and Jerry of TN; and many nieces and nephews along with a host of other relatives and friends. Visitation will be held on Wednesday, December 8, 2021, from 11 a.m. until 1:00 p.m. at the Krantz-McNeely Funeral Home at Man. Funeral services will begin at 1:00 p.m. Wednesday, December 8, 2021 at the Krantz-McNeely Funeral Home with Rev. Cecil Bartram officiating. Pallbearers will be Gary Miller, Roy Johnston, Tyler Johnston, Gary H. Miller, Pete Morris, and Tim Johnston. Honorary pallbearers are Zaiden Files Johnston, Jonathan Johnston, Chris Johnson, Trevor Lusk, Kevin Washington, and Darrel Washington. Online condolences may be sent to www.krantzmcneelyfuneralhome.com Arrangements have been entrusted to the care of the Krantz-McNeely Funeral Home at Man.
To plant a beautiful memorial tree in memory of Bill Johnston, please visit our Tree Store
Wednesday
8
December

Due to the up tick in COVID - Delta cases the family requests masks be worn inside the funeral home. Please bring your own mask. Thank you.
Online Memory & Photo Sharing Event
Online Event
About this Event

Share Your Memory of
Bill
Upload Your Memory View All Memories
Be the first to upload a memory!
Share A Memory
Plant a Tree