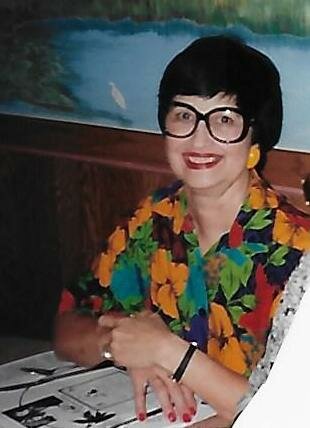 Please share a memory of Dorothy to include in a keepsake book for family and friends.
View Tribute Book
Dorothy Rose Phillips Steele of Melbourne, FL Dorothy Rose Phillips Steele, a loving sister, sister-in-law, aunt, and friend, went to her heavenly home on Friday, October 29, 2021, after a long illness. She was born February 4, 1938, at Mallory, WV, a daughter of the late Harrison Sr. and Matilda Sos Phillips. In addition to her parents, she was preceded in death by her husband of 53 years, Rev. James Henry “Shin” Steele; one son, James Dwayne Steele which was the apple of her eye; two brothers, Harrison Phillips, Jr. and Malcolm Leon Phillips. Dorothy Rose was a 1956 graduate of Man High School where she graduated 5th in her class. Immediately after graduation, she began working for Man Appalachian Regional Hospital as a medical transcriptionist. Dorothy Rose met and fell in love with James Henry “Shin” Steele in 1956 and they married on August 8, 1957. They worked for several years in WV and moved to Melbourne, FL in 1963. There she worked for Holmes Medical Center in Melbourne, FL where she retired in 1995 as an Administrative Supervisor. Dorothy Rose accepted the Lord Jesus Christ as her Savior and was baptized in July 1953. She loved and served the Lord for the rest of her life. No matter the hardships that came her way her faith never wavered. Dorothy Rose believed that on earth everything began and ended with family. She was devoted to her husband and son and remained dedicated to her parents, brothers, and sister even though she lived so far away. Those left to cherish her memory are one sister, Winona “Tootsie” Staten and her husband Ted of Combs Addition; three brothers, Daniel Phillips and his wife Mary Lou of Cyclone, Paul Phillips and his wife Clara “Tiny” of Mallory; and Rudy Phillips and his wife Caroline of Cool Ridge, WV; four nieces and five nephews, and many great-nieces and great-nephews along with a host of other relatives, church family, and friends. Graveside services will be held at 12:00 Noon Wednesday, November 3, 2021, at Highland Memory Gardens at Godby with Dorothy’s nephew, Rev. Larry Higgenbotham officiating. Family will serve as pallbearers. Online condolences may be sent to www.krantzmcneelyfuneralhome.com Arrangements have been entrusted to the care of the Krantz-McNeely Funeral Home at Man.
To plant a beautiful memorial tree in memory of Dorothy Steele, please visit our Tree Store
Wednesday
3
November

The family has requested that masks be worn at the Graveside Services because of the COVID variants that are circulating. Please bring your mask. Thank you.
Online Memory & Photo Sharing Event
Online Event
About this Event

Share Your Memory of
Dorothy
Upload Your Memory View All Memories
Be the first to upload a memory!
Share A Memory
Plant a Tree