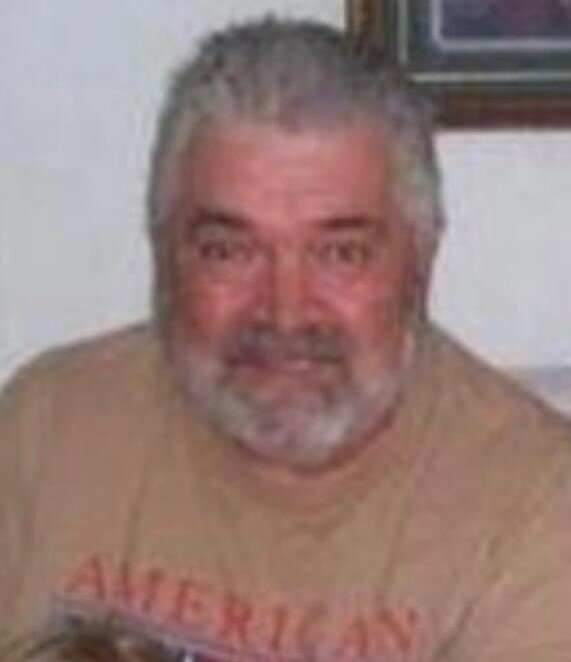 Please share a memory of Gary to include in a keepsake book for family and friends.
View Tribute Book
Gary Rondle Browning, 68, of Clearfork, left this world to gain his heavenly reward he so deserved and looked so forward to receiving on Monday, October 11, 2021, at Raleigh General Hospital following an extended illness. He was born March 20, 1953, at Iaegar, the son of Joyce Browning of Davin and the late Rondle “Rip” Browning. In addition to his father, he was preceded in death by his parents-in-law, Elbert and Ethel Sparks; and sisters-in-law, Kathy Browning and Anna Butcher Adkins. Gary was a 1971 graduate of Man High School where he played baseball. He was a Christian of more than 30 years and a member of Verner Church. Gary was a disabled coal miner after working 25 years at Wylo Mine. He was a mechanic and the proud operator of the P&H 2800 Shovel. Gary was affectionately referred to as “Squirrel” and “Teddy Bear” by all of his work buddies. He was a proud member of the UMWA local 1302, where he served as President. He loved all things outdoors, sports, and John Deere tractors. After a stroke in 1996 left him paralyzed and took his speech, he found hobbies in watching deer and squirrels through his binoculars in his den. His favorite things were his sports, game shows, and westerns. He would write every sports statistic and lotto numbers in his journals. Throughout his 25 years living as a stroke victim, he never lost his faith and love for God. His speech was limited to certain phrases “I think so”, “I be fine”, and “one of these days”. His favorite testimony was to raise his left hand in praise and say “one of these days” and to his daughter his last words were “I be fine”. Gary loved his family and was extremely proud of his grandchildren. He loved sitting on the porch and waving as his neighbors drove by, he would always say “hello buddy”. Gary was loved by all who knew him and will be greatly missed by everyone. Those left to cherish his memories and mourn his absence are: his wife of 49 years Peggy Sparks Browning of Clearfork; a son, Jon (Melanie Trent) Browning of Clearfork; 2 daughters, Misty Browning of Clearfork and Andrea (Michael) Slaughter of Bluefield, VA; his mother, Joyce Browning of Davin; 4 brothers Larry Browning of Cyclone, Michael (Janet) Browning of Wharton, Pat (Karen) Browning of Davin, and Randy (Tammy) Browning of Davin; 1 sister, Anita Browning of Christiansburg, VA; his sister-in-law, Wanda Carter of Kistler, 6 grandchildren, Jordan (Alexis) Browning of Huntington, Jared (Carly Puett) Browning of Huntington, Emily and Isabella Browning of Clearfork, Lily Jane and Bryndon Martin of Bluefield; 8 nephews Paul Browning, Matt (Natasha) Carter, Kerry (Bridgett) Lesher, Kevin Browning, Neil (Ashley) Browning, Kenneth (Amanda) Browning, Patrick (Angie) Browning, and Tyler (Katelin) Browning; 4 neices Kim Tomblin, Stephanie (Todd) Messer, Stephanie (Lee) Florence, Jessica (TJ) Blevins and many great-nieces, great- nephews and a host of family, friends, and extended relatives. The family would like to extend their heartfelt thanks and gratitude to the wonderful and caring staff at Raleigh General Hospital, for their loving care of Gary and their wonderful compassion to the family. A very special thank you to Dr. Rahim who has been a steadfast physician and friend to Gary and his family through out his illnesses. Visitation will be held from 6-9 p.m. on Sunday and one hour prior to services at the church also. at Krantz-McNeely Funeral Home at Man. Funeral services will be held at 1 p.m. on Monday, October 18, 2021, at Verner Community Church with Rev. Mike Pollard and Pastor Walt Grimmett officiating. Burial will follow at Verner Cemetery at Verner. Pall bearers will be his grandsons, Jordan Browning, Jared Browning; nephews, Matt Carter, Kerry Lesher, Paul Browning, Kevin Browning, Neil Browning, Kenneth Browning, Pat Browning, Lee Florence, T.J. Blevins, Tyler Browning, and Todd Messer. Online condolences may be sent to www.krantzmcneelyfuneralhome.com Arrangements have been entrusted to the care of the Krantz-McNeely Funeral Home at Man.
To plant a beautiful memorial tree in memory of Gary Browning, please visit our Tree Store
Sunday
17
October

Share Your Memory of
Gary
Upload Your Memory View All Memories
Be the first to upload a memory!
Share A Memory
Plant a Tree