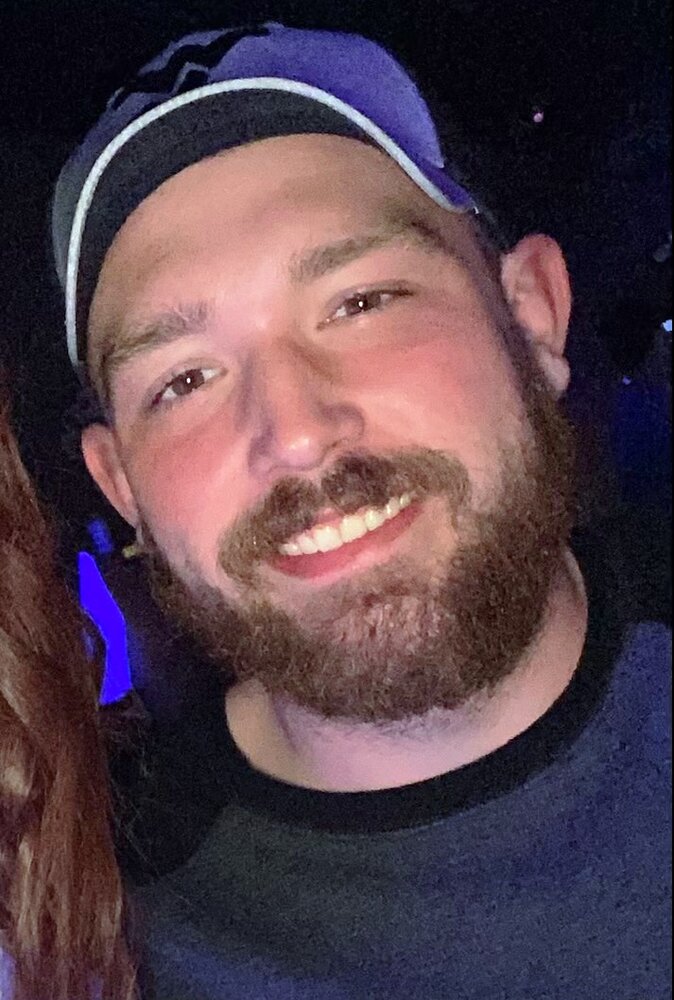 Please share a memory of Russell to include in a keepsake book for family and friends.
View Tribute Book
Russell “Rusty” Lewis Nelson II Of Accoville, WV Russell “Rusty” Lewis Nelson II, 27, of Accoville, passed away suddenly & far before we were all ready to say goodbye on Saturday, October 2, 2021. He was born July 14, 1994, in Logan, WV. Rusty was a 2012 graduate from Logan High School, but his heart was always a Man High Hillbilly. He continued his family tradition as a WV Coal Miner and met so many friends that he considered family through the years. Rusty was a free spirit with the most contagious laugh & smile. He was always picking at everyone, but you knew if he was picking at you, he loved you. Rusty spent his free time surrounded by his family - his best friends. He was the best daddy and husband to his wife and babies and would do anything in the world to make them happy. Rusty was so proud and worked so hard for the life he built for his family. He was an avid hunter and fisher and loved anything pertaining to the outdoors. Rusty loved music and never missed an opportunity to play guitar and sing with his sister and cousins. He was a die hard Mountaineer Fan even though he knew being an ‘EER fan always led to disappointment and sometimes raised his blood pressure a little too much. He was everyone’s go-to person, and he would cross rivers for those he loved. His heart was so big and he had a way of letting you know how much he loved you with a bear hug or saying nothing at all. Rusty was a man of few words, but his actions spoke volumes. Rusty was greeted in Heaven by his papaw, Wilkie Chapman and his aunt, Angie Nelson. Those left to cherish his memory are his wife and best friend of 12 years, Savannah Nelson; daughters, Erin Nelson, Harper Nelson, & Raelee Nelson; namesake and best buddy, Russell Lewis Nelson III; parents, Rusty and Cindy Nelson; sister, Carissa McCormick; nephew, JT McCormick; grandparents, Russell & Mary Lou Nelson and Shirley Chapman; aunts and uncles, Richie (Kelly) Nelson, Jamie (Melissa) Nelson, Josh Nelson, Bobby (Heather) Chapman, & Scott (Mutton) Chapman, Missy (Mike) Browning, Christy Toler, Karen (Ellis) Davis, and Tjuania (Joe) Vance; and his many cousins who were his very best friends, Sosha (Adam) Morgan, Courtney Trent, Brianna (Justin) Isaacs, Michael Browning, Colton (Taylor) Nelson, Kate (Austin) Compton, Richie (Destiny) Nelson, Adison Nelson, Matt (Lora) Sanders, Peanut Bailey, Jordan (Cody) Gosien, Bill (Alyx) Toler, Tara Preece, Jennifer (Cyril) Sabol, Kevin (Hannah) Whisman, Payton Chapman, Shay (Michael) Farmer, Cayden Davis, Zach (Tori) Nelson, Cody (Jayleigh) Cresong, Makenzee and Luke Adkins, Glen (Jessica) Adkins, and Dave (Elizabeth) Adkins; and so many little ones that will miss their Uncle Bub. He will be loved and missed by so many others that we just couldn’t fit on this page! Visitation will be held from 11:00 a.m. to 1:00 p.m. Sunday at the Landville Free Will Baptist Church at Landville. Services will be held at 1:00 p.m. Sunday, October 10, 2021, at the Landville Free Will Baptist Church with Rev. Bill Cantrell officiating. Burial will follow in Forest Lawn Cemetery at Pecks Mill. He will be carried to his resting place by his best friends and family who walked through life with him. Online condolences may be sent to www.krantzmcneelyfuneralhome.com Arrangements have been entrusted to the care of the Krantz-McNeely Funeral Home at Man.
To plant a beautiful memorial tree in memory of Russell Nelson II, please visit our Tree Store
Sunday
10
October

Share Your Memory of
Russell
Upload Your Memory View All Memories
Be the first to upload a memory!
Share A Memory
Plant a Tree