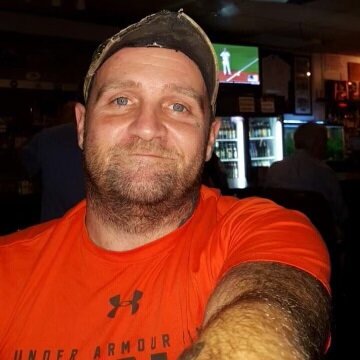 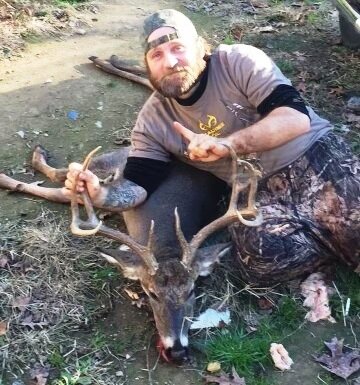 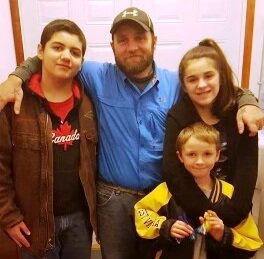 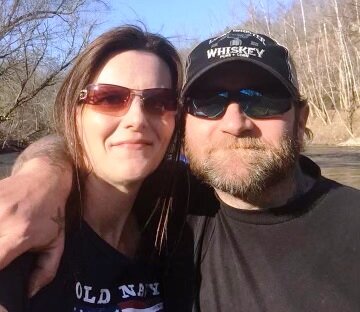 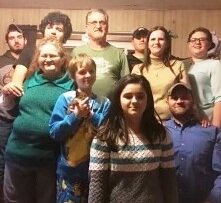 Lonnie Lee Maynard II of Sumerco, WV formerly of Lyburn, WV Lonnie Lee “Lee” “Little Lonnie” Maynard II, 45, of Sumerco, formerly of Lyburn, went to be with the Lord on Sunday, August 29, 2021, leaving from Thomas Memorial Hospital, after a short illness. He was born on December 12, 1975, at Logan, the son of Delie Lueva Ellis Maynard of Sumerco and Lonnie Lee Maynard, Sr. of Davin. Preceding him in death are his wife, Lyla Watkins Maynard; one brother, Michael Donovan Maynard; maternal grandparents, Tootsie Maynard and Buell Ellis, Sr; his paternal grandparents, John R. Maynard, Jr. and Roxie Davis Maynard Ellis Colston. Lee was a 1994 graduate of Logan High School. He worked as a coal miner until he was disabled. Little Lonnie was an avid outdoorsman who loved fishing, 4-wheeling, and hunting. Lee was also a devoted father and grandfather who loved spending time with his kids and grandkids. Those left to cherish his memory are his mother, Delie Lueva Ellis Maynard of Sumerco; his father and step-mother, Lonnie, Sr. and Lisa Maynard of Davin; his fiancé, Donna Adkins of Sumerco; one daughter, Lonni Lynn Paige Maynard of Omar; six sons, Christian Lee Maynard of Omar, Michael Drake Maynard of Davin, Isaiah Gage Burress of Logan, Christopher Dewayne Adkins and his wife Michaela of Alkol, Johnathon Scott Adkins and his fiancé Abigail Mabry, and Jakob Ryan Winn of Dixon, IL; one step-daughter, Harmony Paige Tomblin of Logan; six grandchildren, Whitney Adkins, Ricky Adkins, Tyler Adkins, Eddie Adkins, and Johnathon Adkins, all of Hamlin, and Nadia Davis of Peoria, IL; one sister, Jamie Lee Ingram Nelson and her husband Brian of Green Valley; one step-grandmother, Linda Grimmett of Fort Gay; two nieces, Alyssa Paige Nelson and Payton Michele Nelson, both of Davin; and one nephew, Taylor James Nelson of Davin. Visitation will be held from 6-9 p.m. Friday at the Krantz-McNeely Funeral Home at Man. Funeral services will begin at 1:00 p.m. Saturday, September 4, 2021, at the Krantz-McNeely Funeral Home at Man with Rev. Jody Brown officiating. Burial will follow in Highland Memory Gardens at Godby. Pallbearers will be family and friends. Online condolences may be sent to www.krantzmcneelyfuneralhome.com Arrangements have been entrusted to the care of the Krantz-McNeely Funeral Home at Man.
To send flowers to the family or plant a tree in memory of Lonnie Maynard, please visit Tribute Store
Friday
3
September

Share Your Memory of
Lonnie
Upload Your Memory View All Memories
Be the first to upload a memory!
Share A Memory
Send Flowers