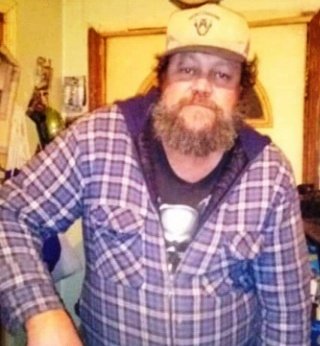 Please share a memory of Timothy to include in a keepsake book for family and friends.
View Tribute Book
Timothy P. Wolford of Accoville, WV Timothy P. Wolford, 55, of Accoville, formerly of Majestic, KY, passed away at 10:40 a.m. on Tuesday, August 3, 2021, at his residence surrounded by his loving family and friends. He fought a long hard battle with cancer. He was born on December 4, 1965, at Majestic, KY, the son of the late Tom and Lona Mae Wolford. In addition to his parents, he was preceded in death by his brothers, Terry Joe Blankenship and Tommy Allen Wolford. Timothy loved to ride his 4-wheeler with his fur babies. He never met a stranger; talked to everyone he met and often made new friends. Tim was a gentle giant who enjoyed life and 4-wheeling with his many friends that he had made since moving to Accoville. He moved to Accoville seven years ago to be closer to his special cousin who he considered a brother, James “Jim” Eugene Hopson. Those left to cherish his memory are his sisters, Darlene Wolford, Judy Hatfield, Christy Justice, and Donna Blankenship Casey, all of KY; a very special cousin that Tim considered a brother, James “Jim” Eugene Hopson and his wife Angie of Accoville; special friend he considered his hero, Ricky Matthews, Jr. of Accoville, a very special friend, Mitch Gibson of Robinette; his friends, “Mr. Fix-it” Tom Gilco of Accoville and “Mr. Visitor” Alvin Gilco of Kistler; his caregivers, Russell Evans and Angie Hopson. The family would also like to thank Sue Hopson for her help in taking care of our very special gentle giant. Visitation will be held from 12:00 p.m. until 2:00 p.m. on Thursday at the Krantz-McNeely Funeral Home at Man. Funeral services will begin at 2:00 p.m. Thursday, August 5, 2021, at the Krantz-McNeely Funeral Home at Man with Rev. Bobby Adkins officiating. After services his remains will be cremated. Online condolences may be sent to www.krantzmcneelyfuneralhome.com Arrangements have been entrusted to the care of the Krantz-McNeely Funeral Home at Man.
To plant a beautiful memorial tree in memory of Timothy Wolford, please visit our Tree Store
Thursday
5
August

In honor of Tim's wishes his remains will be cremated after the services.
Online Memory & Photo Sharing Event
Online Event
About this Event

Share Your Memory of
Timothy
Upload Your Memory View All Memories
Be the first to upload a memory!
Share A Memory
Plant a Tree