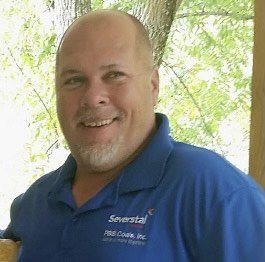 Please share a memory of Jerry to include in a keepsake book for family and friends.
View Tribute Book
Jerry Douglas Copley, Jr. of Crites, WV Jerry Douglas “ToJo” Copley, Jr., 54, of Crites, went home to be with the Lord on Sunday, July 25, 2021, at CAMC-Memorial Division’s Hospice Unit, after complication’s from COVID-19. He was born on October 19, 1966, at Logan, the son of Lutisha Mayo (Sugg) Copley of Amherstdale and Jerry Douglas Copley, Sr. of Ripley. Preceding him in death are his grandparents, Henry and Irene Sugg and Emmitt and Edith Copley; his grandmother-in-law, Christine Brumfield; and his friends, Glenna Gail Cresong and Mike Adkins. ToJo was a 1984 graduate of Man High School where he played Hillbilly Football. After graduation, he worked for several tire companies. Most recently he was an employee of White’s Armature where he worked for over 16 years. He enjoyed four wheeling, watching NASCAR races, and hanging out with his special first cousins, Charley Brown Sugg and Blaine Sugg, Jr., along with his many friends and family. Those left to cherish his memory, in addition to his parents, are the love of his life for 26 years his wife, Amie Lynn (Brumfield) Copley; his daughter, Skylar Copley of Crites and her boyfriend Chris Carroll of Man; his loving sister, Tammy Copley Brock of Amherstdale; his faithful canine companion, Valerie; his nephews, Jackie Brock III and his wife Christi of Accoville and Michael Brock and his girlfriend Stephanie Prince of Amherstdale; his great niece, Jaycee Brock of Accoville; and special uncles, Jasper Sugg and Charles Sugg; his parents-in-law who he loved dearly, Jimmy Dale and Charlene Brumfield of Lorado; his brother-in-law who he was very close to, Jimmy Brumfield, Jr. and his wife Becky of Amherstdale; his nieces, Brianna Brumfield, Chelsea Brumfield, and Paisley Brumfield; a nephew, Xavier Meade; and his father’s companion Debbie Evans of Ripley; along with his extended family that he loved very much and a host of friends. A visitation will be held from 6-9 p.m. Friday, July 30, 2021, at the Krantz-McNeely Funeral Home at Man. In lieu of flowers, ToJo requested contributions be made to his wife and daughter to help with expenses. Online condolences may be sent to www.krantzmcneelyfuneralhome.com Arrangements have been entrusted to the care of the Krantz-McNeely Funeral Home at Man.
To plant a beautiful memorial tree in memory of Jerry Copley, Jr., please visit our Tree Store
Friday
30
July

In honor of ToJo's wishes his remains will be cremated after the visitation.

Due to the rise in COVID-19 cases the family asks that you wear a mask during the visitation. Please bring your mask.