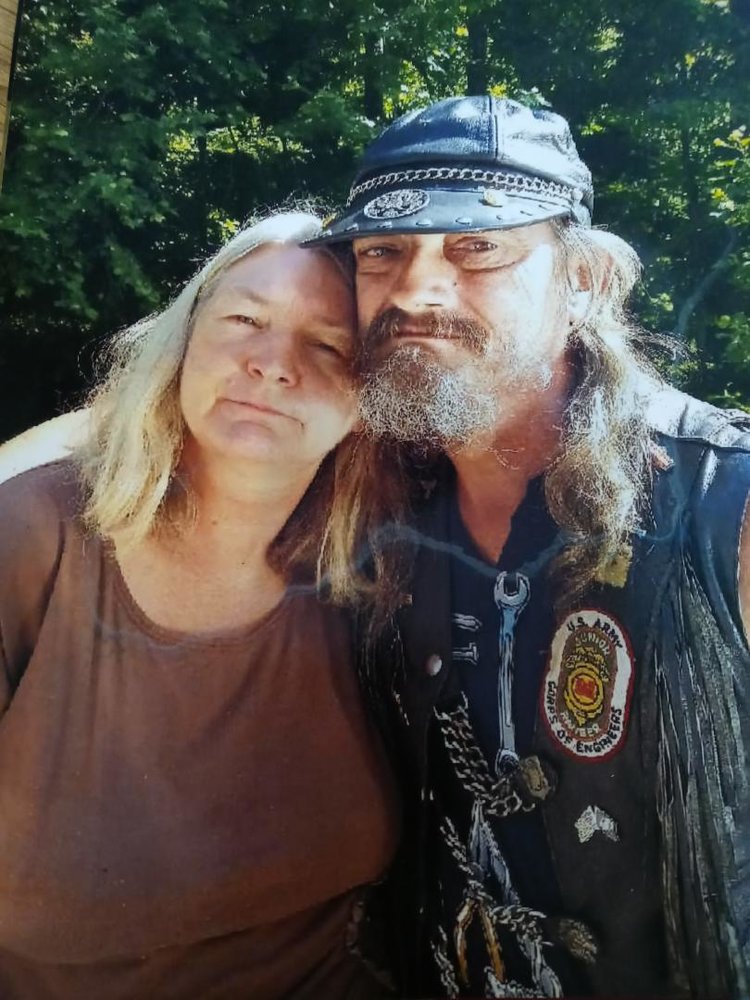 Please share a memory of Rick to include in a keepsake book for family and friends.
View Tribute Book
Ricky Matthews, Sr. of Accoville, WV Ricky Edward Matthews, Sr., 63, of Accoville, went to be with his loving wife of 45 years Mona Pearl Matthews on Monday, May 17, 2021, leaving from his home in Accoville. He was born on May 8, 1958, in Williamson, KY, the son of the late George Washington Matthews and Georgia Robison Matthews. In addition to his parents and his wife, Rick was preceded in death by two brothers, Bob Matthews and his wife Opal Matthews and Willie Endicott. Rick was a talented musician who could pick up and play any instrument. He and his wife Mona worked for many years as Auxiliary Deputies for the Logan County Sheriff’s Department. He enjoyed spending time with his family especially his grandchildren and his fur babies, Chase and Queen of Hearts and all of his furry grand babies. Rick was a wonderful husband and father and will be deeply missed by all who love him. Those left to cherish his memory are five children, two sons, Ricky Matthews, Jr. and his wife Melissa of Accoville and Norman Matthews and his wife Renee of Bim; three daughters, Amanda Matthews, Melissa Damron and her husband Fred, and Rickarah Maynard, all of Accoville; his grandchildren, Karen Wells, Erine, Ricky, Katie and Skylar Matthews, Emma and Cody Copley, Megan and Spencer Damron, Rylee Townsend, and April and Charles Matthews; his best friend and brother Timmy Wolford; other special friends that Rick considered brothers are Darrell Mutters, Damone Morgan, and Ernie; several brothers and sisters; and a host of nieces, nephews, and cousins. Visitation will be held on Monday, May 24, 2021, at the Krantz-McNeely Funeral Home at Man. In honor of Rick’s wishes there will be no funeral service and his remains will be cremated. Online condolences may be sent to www.krantzmcneelyfuneralhome.com Arrangements have been entrusted to the care of the Krantz-McNeely Funeral Home at Man.
To plant a beautiful memorial tree in memory of Rick Matthews, please visit our Tree Store
Monday
24
May

In honor of Rick's wishes there will be no funeral service and his remains will be cremated.

Share Your Memory of
Rick
Upload Your Memory View All Memories
Be the first to upload a memory!
Share A Memory
Plant a Tree