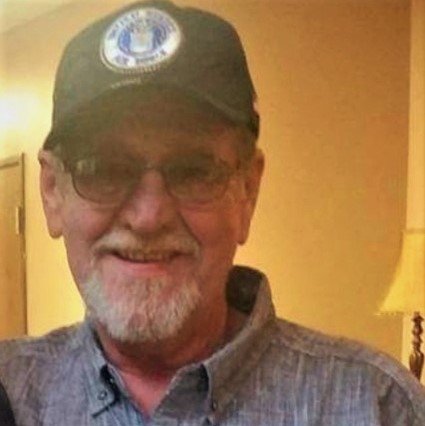 Jerry Smith of Craneco, WV Jerry Smith, 70, of Craneco, went to be with the Lord on Tuesday, March 30, 2021, leaving from his earthly home, after an extended illness. He was born on March 22, 1951, at Welch, the son of the late Eugene and Mildred (Buchanon) Smith. In addition to his parents, he was preceded in death by his brother, Henry Smith. Jerry was a 1969 graduate of Man High School. After graduation, he joined the U.S. Air Force and served respectively one year in the United States, in Vietnam, in Thailand, and in Okinawa. Also while serving in Vietnam during war time he was awarded a Bronze Star. While in Thailand, Jerry met the love of his life Taew Yothinnakorn. They married in both Thailand and the United States. When Jerry was honorably discharged, he returned to Logan County where he and Taew began their family in Lorado. Jerry began his 29 year coal mining career at Amherst Coal Company and retired from Arch Coal Company in 2000. He worked 2001 and 2002 in road construction building the four lane road (Rt. 10) from Man to Logan. At that point, Jerry decided to really retire and spent his time 4-wheeling and fishing. He and Taew spent many happy occasions riding the mountains with their friends. Jerry also enjoyed spending time with his friends at Smith Mtn. Lake. He was a lifetime member of the Vietnam Veterans 308 at Henlawson and the UMWA District 17. Jerry was devoted to his family and will be deeply missed. Those left to cherish his memory are his wife of 46 years, Taew Smith; three children, Bart Smith and his wife Tamara of Perrysburg, OH, Daniel Smith and his wife Crystal of Beckley, and Della Smith and her husband Brian Schaefer of Macon, GA; six grandchildren, Samantha, Amber, and Jasmine Smith, all of Perrysburg, OH, Ezekiel Smith and his wife Madelin of Fairfax, VA, Christian Smith in the U.S. Marine Corp, and Sawyer Schaefer of Macon, GA and two great-grandchildren, Adalynn Smith and Serenity Smith; one brother, Eugene Smith Jr. and his wife, Ruby of TN; his Aunt, Deloris Hoosier of MD; several nieces and cousins along with a host of other relatives and friends. The family would like to thank the Veterans Administration, nurses, therapists, and special caregiver Danielle Linville who helped with Jerry’s care. Visitation will be held from 6-9 p.m. on Friday at the Krantz-McNeely Funeral Home at Man and one hour prior to services at the funeral home also. Funeral services will begin at noon on Saturday, April 3, 2021, at the Krantz-McNeely Funeral Home with Rev. Bobby Maxwell and Rev. Herbie Pruitt officiating. Burial will follow in Sparks Cemetery at Bradshaw, WV. Pallbearers will be Bart Smith, Daniel Smith, Brian Schaefer, Matthew Adkins, Greg Osborne, and Seth Linville. Honorary pallbearers will be Dale Tolbert. Online condolences may be sent to www.krantzmcneelyfuneralhome.com Arrangements have been entrusted to the care of the Krantz-McNeely Funeral Home at Man.
To plant a beautiful memorial tree in memory of Jerry Smith, please visit our Tree Store
Friday
2
April

The President of the United States has asked and the Governor of the State of WV has mandated that masks be worn inside all public buildings and businesses. Please bring your mask. Thank you.