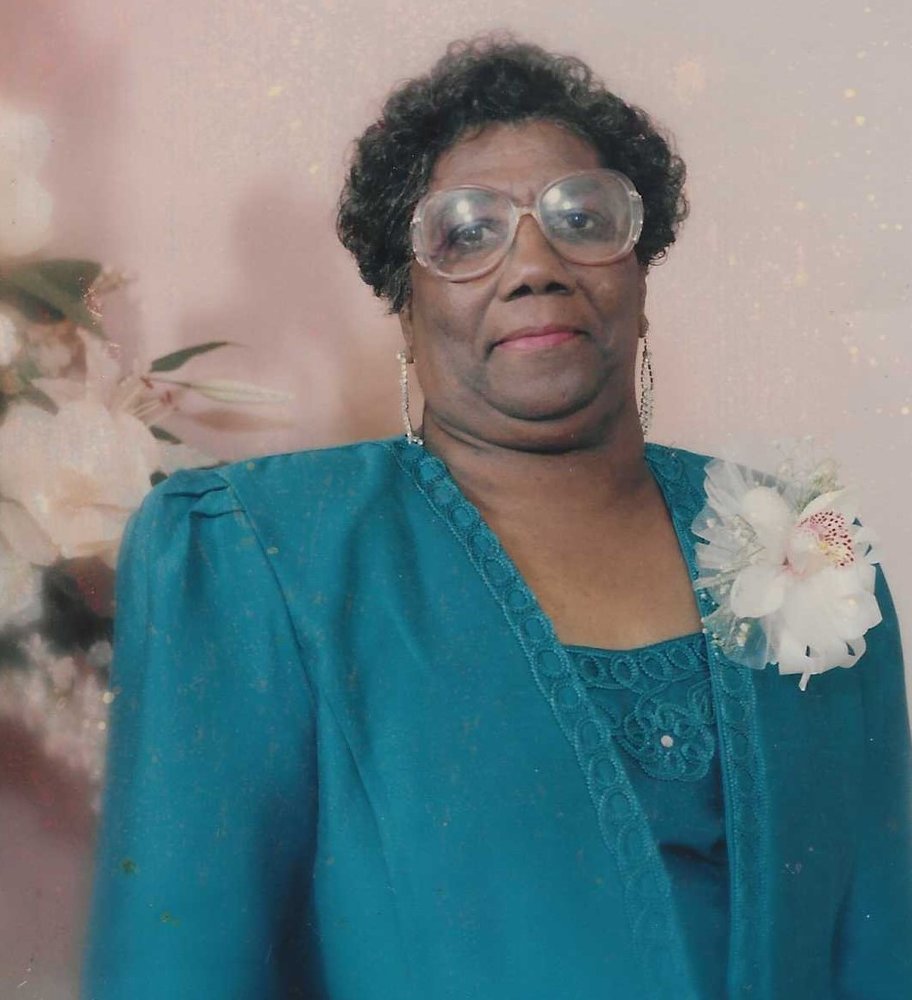 Mary Elsie Rollins, daughter of the late Richard and Anne Hancock, was born October 6, 1924 at Amherstdale. She was called to her eternal home with the Lord on Friday, March 12, 2021. She was a graduate of Buffalo High School at Accoville. In addition to her parents, she was preceeded in death by her husband Roosevelt Rollins, children Charles (Pookie) Rollins, and Margaret (Cissy) Rollins, sisters; Henrietta Moore, Elizabeth Hicks, and Eleanor Faye Davis; brothers, John Hancock and Richard Hancock. Mary was one of the iconic female workers of WWII called, Rosie the Riveters, working as a Welder at the Naval Shipyard in Norfolk, Virginia building the ships while the men were fighting the war overseas. After the war she moved back home and worked as a dispatcher in the mining industry. She was a devoted Christian, giving her life to Christ at St. John Baptist Church at Proctor Bottom and then for well over 50 years at St. James Missionary Baptist Church of Kistler. Mary loved her church St. James Baptist and was a “Road Warrior” supporting all of the other churches in our community. Always active in the church as secretary of Sunday school, a member of the choir, Recording clerk for Guyan Valley Baptist Association, mother of the church, Sunday school congress, Supervisor of the Kitchen, was active in the West Virginia Conventions at Hilltop, WV, registration committee and tabulation committee, and a member of the Eastern Star Lodge in Omar, WV. Those left to cherish her memory is a daughter; Barbara Freeman of New Orleans, LA, sons; Kenneth Dickie (Patricia) Rollins of Columbia, SC, Harold Rodney (Teresa) Rollins of Columbus, OH, and Donald Keith Rollins of Kistler, brothers; Delbert (Pearl) Hancock of Long Island, NY, and Enith (Elmetric) Hancock of Altus, OK, 9 grandchildren and 11 great-grandchildren; along with a host of nieces and nephews. “Rosie the Riveters” – Cultural icons of World War II, representing the women who worked in factories and shipyards during the war. These women sometimes took entirely new jobs replacing the male workers who had joined the military. They coined the phrase “We Can Do It!”
To plant a beautiful memorial tree in memory of Mary Rollins, please visit our Tree Store
Saturday
20
March

Share Your Memory of
Mary
Upload Your Memory View All Memories
Be the first to upload a memory!
Share A Memory
Plant a Tree