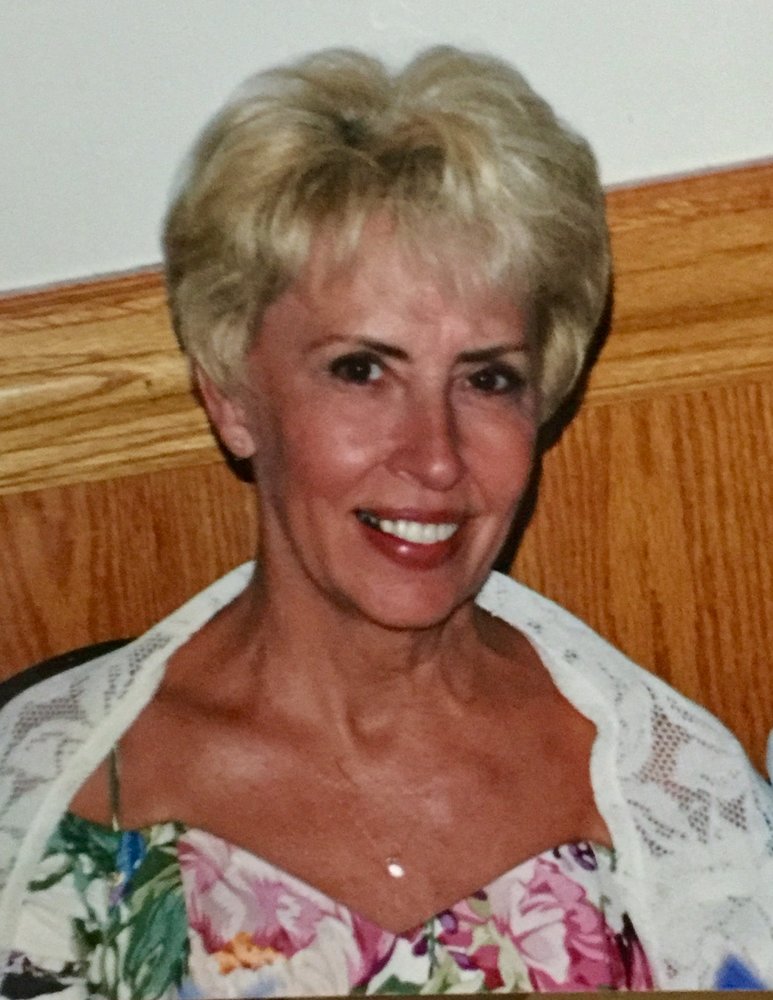 Please share a memory of Patty to include in a keepsake book for family and friends.
View Tribute Book
Patricia “Patty” Gay Brooks Roach, age 80, won her nearly 15-year battle with Alzheimer’s disease surrounded by the love of her family on Saturday, February 20, 2021, at her residence in Logan. Throughout her illness, she was lovingly cared for at home by her soulmate and devoted husband of 58 years, Jimmie “Jim” Dale Roach. She departed this world exactly seven hours after Jim won his fight with cancer. Their unwavering commitment to one another and unbreakable desire to be together is one of the greatest love stories of all time. Patty was born May 26, 1940 in Mallory, to Ray and Athleen (Altizer) Brooks. She was a 1958 graduate of Man High School and went on to graduate from Marshall University with a bachelor’s degree in early childhood education. Beloved by her students and peers, Patty was a first-grade teacher for 28 years at South Man Grade School and Mallory Grade School, and for many, many years taught piano to girls and boys from across the region. She married the love of her life, on August 4, 1962 at Claypool United Methodist Church in Davin. She was a devoted wife and mother to their two daughters. Patty was a lifelong member of Claypool United Methodist Church where she was the director of music for five decades, following in the footsteps of her father. Since she was a little girl, Patty sang with her parents and five siblings all over the region touching countless lives sharing her love of Jesus. She and her husband Jim were members of The New Life Singers gospel quartet. Patty was civic minded and an activist. She was actively involved in the Hemlock Hills Garden Club, Tridelphia Women’s Club, United Methodist Women, West Virginia United Methodist Conference, Appalachian Regional Hospital Auxiliary and Board, Man Health Clinic, and Delta Gamma Kappa teacher’s sorority. She was the catalyst, along with her beloved friend Freda Napier, who ignited the remarkable grassroots movement of local citizens who had far too long endured traveling dangerous WV State Route 10 for work, healthcare, food and clothing for decades alongside barreling coal trucks. Named the #7 most deadly highway in the nation, Route 10 had two narrow lanes and was chock with hairpin turns, murderous mud and rockslides, steep cliffs and deadly drop offs through the mountains of southern West Virginia. In her retirement, after traveling the harrowing road multiple times a day for years, as she cared for her mother in a local nursing home, Patty reached her limit. She turned her anger into action. With grace, diplomacy, and resoluteness, she rallied her network and friends across the local communities to speak up and speak out, organizing themselves into a veritable movement. The team lobbied West Virginia’s highest elected officials at the State Capital and Washington, D.C. to make public safety for southern West Virginia everyone’s priority. She made numerous trips to the nation’s Capital to get – and keep - the Route 10 project on the radar screen. The unrelenting pressure from Patty and her peers resulted in $300 million and a green light for the project. The story of this “road to nowhere” made headlines in national news when a dubious reporter from USA Today challenged the need for a new highway with the startling price tag in a forgotten part of America. The reporter flew in to personally inspect the situation and was met by Patty who invited him to take a ride with her to experience the harrowing roadway from the vantage of the front passenger seat of her car. It must have been quite a ride. Shortly after, the USA Today reporter published his findings in an article titled Highway Project ‘not pork – it’s survival’. Her large extended family will cherish her memory as a woman of faith, positivity, compassion, and song. She was preceded in death by her parents and her brother Rev. Ronald R. Brooks, and son-in-law Jim Frye. She is survived by her daughters Melissa Frye of Logan, Rebecca Lynch and her husband John Jeffrey “JJ” Lynch of Bloomfield, NJ; two grandsons, Jackson Frye and Griffin Frye of Logan; and two granddaughters, Annabella Lynch and Grace Lynch of Bloomfield, NJ; a sister, Gena Ryan of South Charleston; three brothers, Robert J. Brooks of Wisconsin, James C. Brooks of Corydon, Indiana, and J. Scott Brooks of Cyclone. The family will receive friends at Claypool United Methodist Church on Wednesday, February 24, 2021 from 6-9pm. Due to the pandemic, a private funeral will be held on Thursday, February 25, 2021 at 1:00pm at Claypool United Methodist Church. The funeral will be live broadcast, publicly, on Facebook. To virtually participate in the funeral, please visit the Facebook page of Claypool United Methodist Church. In lieu of flowers, donations in memory of Patty and Jim Roach may be made to the Alzheimer’s Association at alz.org.
To plant a beautiful memorial tree in memory of Patty Roach, please visit our Tree Store
Wednesday
24
February

Due to the pandemic, a private funeral will be held on Thursday, February 25, 2021 at 1:00pm at Claypool United Methodist Church. The funeral will be live broadcast, publicly, on Facebook. To virtually participate in the funeral, please visit the Facebook page of Claypool United Methodist Church.
Online Memory & Photo Sharing Event
Online Event
About this Event

Share Your Memory of
Patty
Upload Your Memory View All Memories
Be the first to upload a memory!
Share A Memory
Plant a Tree