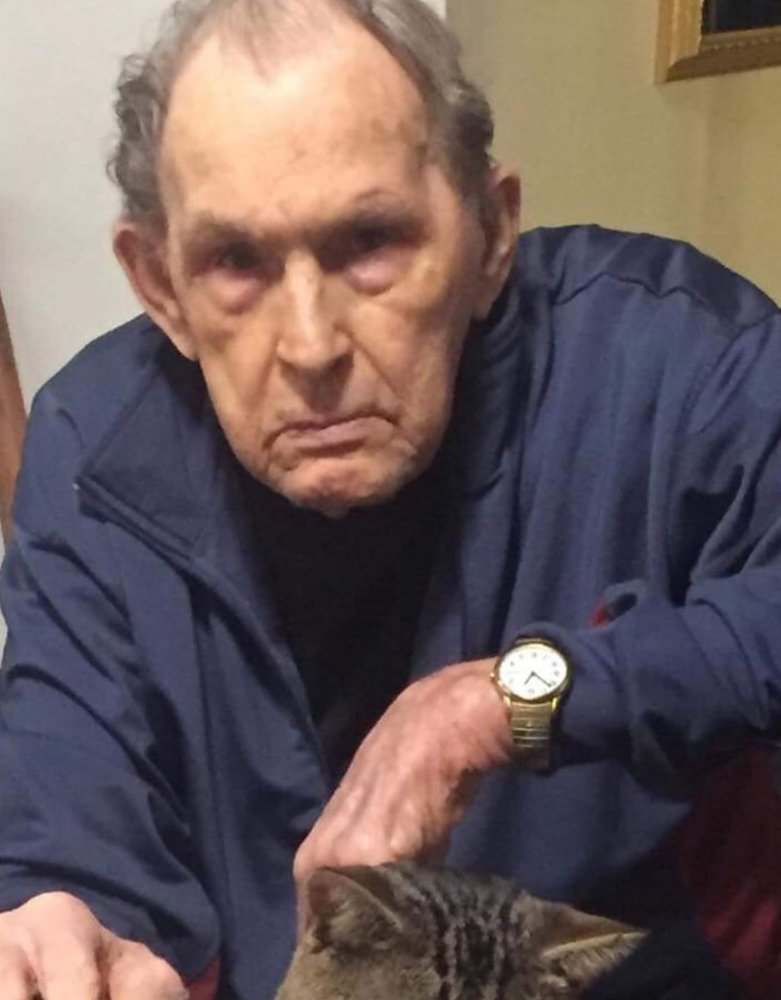 Plant a Tree
Share this Tribute:
Share Obituary:
Share Your Memory of
Goff
Upload Your Memory View All Memories
Be the first to upload a memory!

Goff “Fonzo” Jude, 93, of Crites, went to be with the Lord on Saturday, January 9, 2021, leaving from his residence, after a brief illness. He was born on November 30, 1927, at Bald Knob at Barrett, the son of the late Nathan and Ethel (Hooser) Jude. In addition to his parents, he was preceded in death by his wife, Margaret (Maynard) Jude; two sons, Richard “Ricky” Jude and Philip “Popcorn” Jude; three brothers, Menifee (Betty Dials) Jude, Clyde (Ruth Johnston) Jude, and Clarence Jude; and two infant sisters. Fonzo was drafted into the Army during WWII and was stationed at Fort Bragg, NC where he was a member of the 82nd Airborne. After his discharge, he re-enlisted and was sent to Italy as an MP on the train from Lovorno to Trieste escorting soldiers to and from home during the last years of WWII. After his second discharge he returned home and began his 44 year career in the coal mines. For most of those years he was a continuous miner operator who was offered a job traveling the world training others to operate the continuous miner. However, he refused the offer to stay home with his family. Fonzo was a member and Deacon of the Crites Freewill Baptist Church where he loved his church family very much. Some of his favorite activities were singing gospel songs, playing horse shoes, shooting pool, and bowling. He lived a full and happy life, was dearly loved, and will be greatly missed by all who knew and loved him. Those left to cherish his memory are one son, Michael “Mike” Jude of Crites with whom he made his home; one daughter, Sue (Ivan) Grace of Davin; one grandson, Randy (Chelisha) Dunn of Cyclone; two granddaughters, Tamra (Lee) Short of Walkersville and Danielle Gibson and her companion Brandon Lambert of Harts Creek; two great-grandchildren, Caden Dunn and Elliana Short; one brother, Raymond (Holly Jean Hurley) Jude of Huntingdon, PA; one sister-in-law, Stella Marich Jude of Logan; many nieces and nephews, two special friends who were with him at his passing, Tammy and Rob Bowen of Davin; and a special cousin, Betty Parsley of Robinette along with a host of other relatives, church family, and friends. Private services will be held at 1:00 p.m. Thursday, January 14, 2021, at the Man Church of God at Man. Family and friends will serve as pall bearers. Online condolences may be sent to www.krantzmcneelyfuneralhome.com Arrangements have been entrusted to the care of the Krantz-McNeely Funeral Home at Man.
Plant a Tree
Print