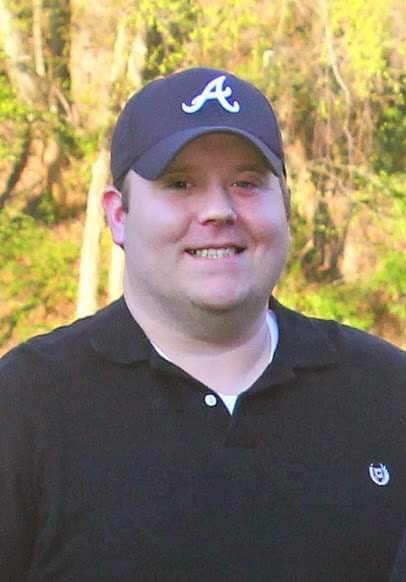 Gregory Paul “Greg” “Jeeps” Vitruls Of South Man, WV Gregory Paul “Greg” “Jeeps” Vitruls, 39, of South Man, departed this life on Wednesday, December 16, 2020, at Man. He was born on July 12, 1981, at Man, the son of Michael Jr. and Helen Mae (Morgan) Vitruls of Man. Preceding him in death were his paternal grandparents, Mike Sr. and Anna (Clark) Vitruls; his maternal grandparents, Jim and Thelma (Marcum) Morgan; and his brother-in-law, Terry Robinette. Jeeps was a 1999 graduate of Man High School where he played Hillbilly Football. After graduation, Greg attended truck driving school and became a coal truck driver. More recently, he was employed with McNeely’s Do It Center at Man. Greg was a member of the Man Church of the Nazarene at Man. Jeeps enjoyed deer hunting and loved spending time with his family. Those left to cherish his memory, in addition to his parents, are his wife, Cindy Elizabeth (Gibson) Vitruls; one daughter, Michaela Grace “Gracey” Vitruls at home; one sister, Dianna “Dee” Robinette of South Man; one brother, Michael Vitruls III and his wife Pamela of South Man; his parents-in-law, Rev. Calvin Gibson of Cyclone and Arminda “Mitch” Gibson of Amherstdale; his brother-in-law, Joshua Lee Gibson and his wife Lakein of VA; his sister-in-law, Tiffany Robinson and her husband Steven of Prichard; his nieces and nephews, Megan O’Brien and her husband Joel, Michael Vitruls IV and his wife Holly, Caitlyn Vitruls, and Dillon Vitruls, all of South Man, and Braxton Paul Spaulding and Ameron Addyson Spaulding, both of Prichard; his great-nieces and great-nephews, Molly and Paris O’Brien, Cason Vitruls, Rosaleigh Vitruls, and Ella Vitruls, and Bryson Ross; along with a host of other relatives and friends. Visitation will be held from 6-9 p.m. Monday at the Man Church of the Nazarene at Man. Funeral services will begin at 1:00 p.m. Tuesday, December 22, 2020, at the Man Church of the Nazarene at Man with Rev. Ollie Parsons officiating. Burial will follow at Forest Lawn Cemetery at Pecks Mill. Pall bearers will be family and friends. Online condolences may be sent to www.krantzmcneelyfuneralhome.com Arrangements have been entrusted to the care of the Krantz-McNeely Funeral Home at Man.
To plant a beautiful memorial tree in memory of Gregory Vitruls, please visit our Tree Store
Monday
21
December

The State of West Virginia has mandated that masks be worn inside of all churches, businesses, and public buildings. Please bring your mask. Thank you.

Share Your Memory of
Gregory
Upload Your Memory View All Memories
Be the first to upload a memory!
Share A Memory
Plant a Tree