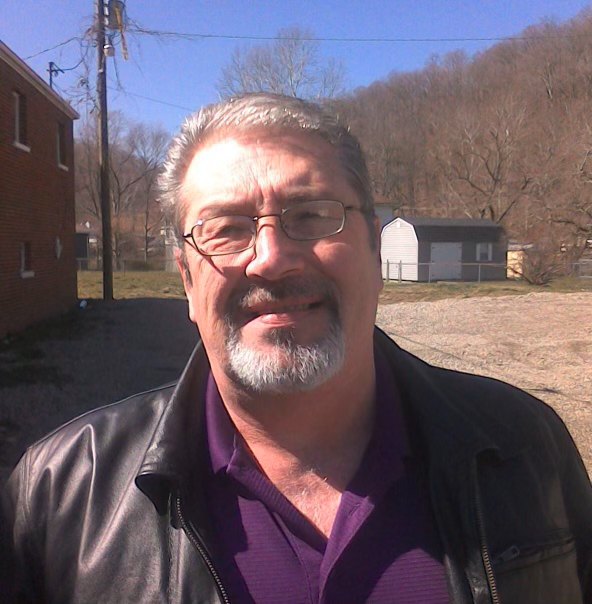 Robert Lee Kennedy Of Logan formerly of Accoville, WV Robert Lee Kennedy, 61, of Logan formerly of Accoville and Elk Creek, went to be with the Lord on Wednesday, October 28, 2020, leaving from his earthly home, after a long illness. He was born on August 4, 1959, at Man, the son of the late Lonnie and Eva Deloris (Davis) Kennedy. In addition to his parents, he was preceded in death by his wife, Jowana Bartram Kennedy; his step-mother who raised him, Judy Elaine (Keck) Kennedy; his grandparents, Robert Estel and Edith Davis and Amos and Betty Ann (Crum) Kennedy and his step- grandmother, Maudie Kennedy; and his cousin and best friend, Douglas Morgan. Robert was a 1977 graduate of Man High School. After graduation, he began his career in the mining industry which spanned 14 years before he became disabled. Robert was a member of the UMWA. Robert was a Christian and was a member of Trinity Freewill Baptist Church at Henlawson. He was a devoted family man. Those left to cherish his memory are his wife, Joyce Kennedy; four sons, Rev. Joey Kennedy and his wife Becky of Pecks Mill, Bobby Kennedy of Landville, Brian Simpkins and his wife Angie, and Raymond Simpkins and his wife Tara; one daughter, Kristen Harrison and her husband Adam of El Paso, TX; grandchildren, Haley Tackett and her husband Zack of McConnell, Hannah Kennedy at home, Shania Kennedy, Taylor Kennedy, and Jayden Kennedy, all of Camden, SC, Abby Harrison, Marissa Harrison, and Samantha Harrison, all of El Paso, TX, Hunter Simpkins of Bills Branch, Logan, Mallory Simpkins and Owen Simpkins, both of Phico, Auzya Brown and her husband Adam of Davin and Tracy Jones, II and his wife Kaitlyn of South Man; three brothers, Lonnie Kennedy and his wife Sandra of Kistler, John Robert Kennedy and Danny Kennedy, both of Mallory; one sister, Alice Kennedy Hunter and her husband Curtis of Accoville; and many nieces and nephews along with a host of other relatives, church family, and friends. Visitation will be held 6-8 p.m. Sunday at the First Baptist Church of McConnell and one hour prior to services at the church also. Funeral services will begin at 2 p.m. Monday at the First Baptist Church at McConnell with Rev. Roscoe Chafin officiating. Burial will follow in Forest Lawn Cemetery at Pecks Mill. Pallbearers will be Bobby, Joey, Adam, Zack, Brian, Raymond, and Tracy. In lieu of flowers, the family requests contributions be made to: Dignity Hospice, P.O. Box 4304, Chapmanville, WV 25508. In the memo of your check please write, “In memory of Robert Kennedy.” Online condolences may be sent to www.krantzmcneelyfuneralhome.com Arrangements have been entrusted to the care of the Krantz-McNeely Funeral Home at Man.
To send flowers to the family or plant a tree in memory of Robert Kennedy, please visit Tribute Store
Sunday
1
November

The State of West Virginia has mandated that masks be worn inside of all businesses, public buildings, and churches. Please bring your mask. Thank you.

Share Your Memory of
Robert
Upload Your Memory View All Memories
Be the first to upload a memory!
Share A Memory
Send Flowers