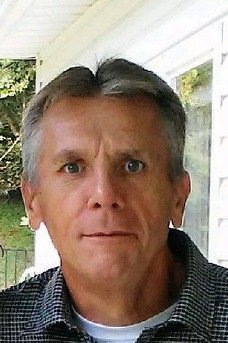 Dale David Adkins Of Accoville, WV Dale David Adkins, 54, of Accoville, formerly of Springlake, NC, departed this life on Saturday, June 27, 2020, at the University of KY Medical Center at Lexington, after a long battle with renal failure. He was born on May 19, 1966, the son of the late Norman Dale Adkins and the late Shirley Mae (Cook) Lankas. Dale was a 1984 graduate of Man High School. He was a pipe fitter employed in the construction industry in Springlake, NC. Dale liked to four wheel, camp, and take family vacations. He was a good husband, a wonderful father, a great brother, and a very special uncle. Dale will be deeply missed by all who loved him. Those left to cherish his memory are his soul mate of 33 years, his wife, Sherlane (Earnest) Adkins; son, Dale David Adkins II of Accoville; one step-daughter, Brandi (Doug) Cartwright of Springlake, NC; one grandson, Mason Cartwright of Springlake, NC; one sister, Rosalyn Beddow of Accoville; one brother, Paul Wise of Lorado; his nieces, Amy Wise (Bill) Hankins of Knoxville, TN, Whitney (Chad) Preston of Chapmanville, Cortney (Brandon) White of Monroe County, Kayla Wise and Kara Wise, both of Charlestown, WV; great-nepews, Jack and Luke Hankins, Brandon Miles White, and Nate Preston; great-nieces, Bianca White, Gianna Preston, and Kamile Wise; along with a host of other family and friends. Visitation will be held from 12:00 to 1:00 p.m. Thursday, July 2, 2020, at the Krantz-McNeely Funeral Home at Man. Funeral services will begin at 1:00 p.m. Thursday at the Krantz-McNeely Funeral Home at Man with Brother Kenny Bevins officiating. Burial will follow in Highland Memory Gardens at Godby. Pallbearers will be family and friends. Online condolences may be sent to www.krantzmcneelyfuneralhome.com Arrangements have been entrusted to the care of the Krantz-McNeely Funeral Home at Man.
To plant a tree in memory of Dale Adkins, please visit Tribute Store
Thursday
4
June

Share Your Memory of
Dale
Upload Your Memory View All Memories
Be the first to upload a memory!
Share A Memory
Plant a Tree