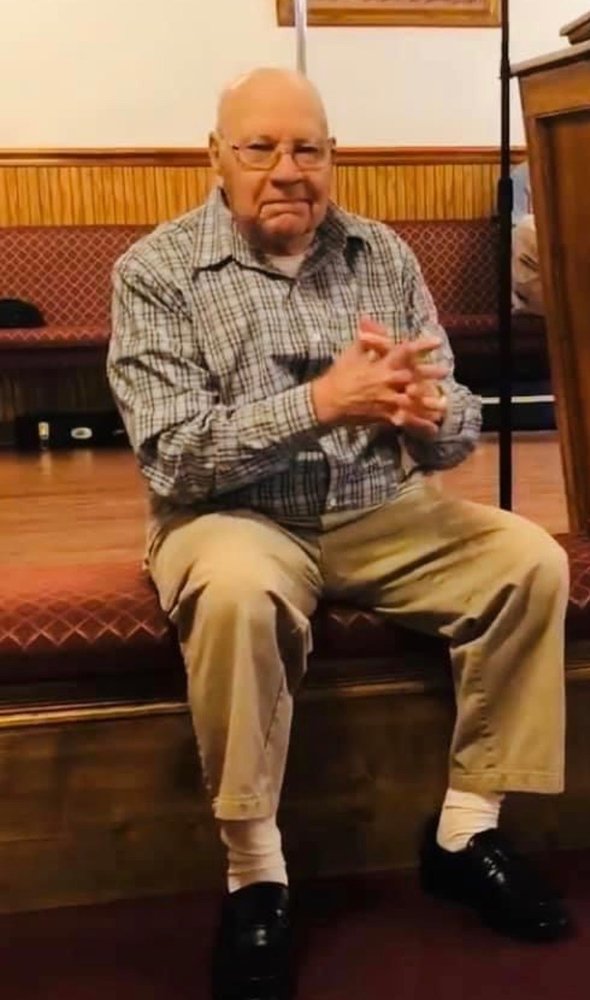 Jason Bailey Of Accoville, WV Robert Jason Bailey, 85, Accoville, went to be with his Lord and Savior Jesus Christ on May 5, 2020, leaving from Logan Regional Medical Center at Logan, after a sudden illness. He was born on December 30, 1934, at Curtis, the son of the late Holden and Ruby Bailey. In addition to his parents, he was preceded in death by his first wife, Janice Juanita Bailey; children, Arthur, Robert Jason Jr., Rhoda Renae, Kimberly Kay, and Karla; and six brothers, Alfred Bailey, Lacy V. Bailey, Billy Ray Bailey, Nelson Bailey, Ray Wetzel Bailey, and Ted Bailey. Jason was a coal miner who retired from Buffalo Mining Company. He was a member of UMWA local 8454. Jason was a member of the Mt. Olive Freewill Baptist Church at Accoville. He loved to play his guitar, sing for the Lord and go to church. Jason also enjoyed squirrel hunting. Surviving are his wife, Lucille Bailey of Accoville; one son, Rev. Alan (Susie) Bailey of Robinette; two daughters, Shelia (Timmy) Cart of Milton and Melissa (James) Nelson of Accoville; three grandchildren, Rebecca (Mike) Crosby of Robinette, Kimberly Bailey of Accoville, and William Bailey of Sissonville; two great-grandchildren, Sarah and Emily Crosby of Robinette; three brothers, Ronald (Vera) Bailey of Brimfield, OH, Lovell Bailey of Resse, OH, and Warren Jay (Barbara) Bailey of Curtis; and many nieces and nephews along with a host of other relatives and friends. Visitation will be held from 12 until 2 p.m. Saturday, May 9, 2020, at the Mt. Olive Freewill Baptist Church at Accoville. Funeral services will be conducted at 2:00 p.m. Saturday at the Mt. Olive Freewill Baptist Church with Rev. Billy Gibson and Rev. James Short, Jr. officiating. Burial will follow in Daniels Cemetery at Curtis. The family wants everyone to know that they are welcome to wear masks due to the COVID-19 pandemic. Online condolences may be sent to www.krantzmcneelyfuneralhome.com Arrangements have been entrusted to the care of the Krantz-McNeely Funeral Home at Man.
To plant a tree in memory of Jason Bailey, please visit Tribute Store
Saturday
9
May

Due to the COVID-19 pandemic

The family wants everyone to know they are welcome to wear masks.

Share Your Memory of
Jason
Upload Your Memory View All Memories
Be the first to upload a memory!
Share A Memory
Plant a Tree