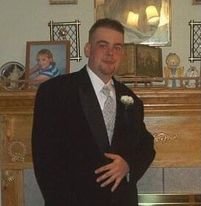 Gregory Scott Adkins, 41, formally of Lorado West Virginia, passed away suddenly on Wednesday January 6, 2021 at his home. He was born September 24, 1979, in Logan West Virginia, the son of the late Richard Adkins and LaDonna Adkins. In addition to his father Ricky, he was preceded in death by his sister, Chastity Lynn Hatfield, his grandparents Ollie and Beulah Adkins and Ralph Wingler. Scotty was a loving husband, son, brother, grandson, and cousin. He was a hard working, fun loving person, who had a heart of gold and was full of life. He had a love for dogs and will be missed by his companions Rusty and Green Bean. Those left to cherish his memory are his wife, Casey Adkins and his mother LaDonna Adkins, with whom he made his home. One sister Rickara Kidd, Grandmother Mary Lou Wingler, followed by a host of aunts, uncles, cousins, and friends who all loved him and will miss him. In honor of his wishes, his remains will be cremated and there will be no services. In leiu of flowers the family asks to send donations to the GoFundMe account that has been setup to help with expenses. It can be accessed at the following link, https://gofund.me/2db192f7 The family would like to extend a special thanks to Krantz McNeely Funeral Home for posting this obituary.
To plant a tree in memory of Gregory Adkins, please visit Tribute Store
Plant a Tree
Print

As a Courtesy to the Adkins family