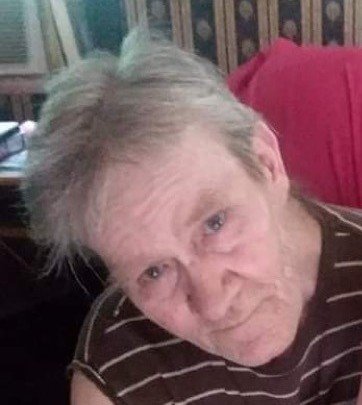 Richard McCoy Of Madison Creek, WV Richard McCoy, 75, of Madison Creek, departed this life on Tuesday, October 27, 2020, leaving this world from Logan Regional Medical Center at Logan, after an extended illness. He was born on September 19, 1945, at Logan, the son of the late Clyde and Elizabeth (Gillispie) McCoy. In addition to his parents, he was preceded in death by three siblings, Alvin McCoy, Virginia Sue McNeely, and Dewey McCoy; and the mothers of his children, Ruby Epperhart and Betty Sue Ellis. Richard worked in the coal industry building silos until he became disabled. He was an outdoorsman who enjoyed hunting, ginsenging, and wild adventures with his brothers when he was able. Richard loved watching TV and spending time with his family. Those left to cherish his memory are one son, Raymond Epperhart and his wife Giggie of Whitman; two daughters, Flora Ellis and her companion Kenneth Mitchell of Oceana and Sharon Epperhart and her companion Rick Bryant of Whitman; grandchildren, Bub Epperhart and his companion Kristen Adams, Ashley Williamson, Travis Epperhart, Eric Epperhart, Katelyn White and her husband Billy White, Kristen Miller and her husband Alex Miller, all of Whitman; eight great-grandchildren, Connor Epperhart, Brandon Epperhart, Hannah Miller, Haleigh Miller, Braydon Epperhart, Tinsley Epperhart, Isabella White and Hallie White, all of Whitman; three sisters, Mary Elizabeth Workman of Omar, Alice Shawver and Carol Burton, both of Whitman, four brothers, David McCoy, Paul McCoy and his wife Linda McCoy, all of Holden and Ricky McCoy and Danny McCoy, both of Madison Creek; and many nieces and nephews along with a host of other relatives and friends. Visitation will be held from 6-9 p.m. Thursday at the Krantz-McNeely Funeral Home at Man and one hour prior to services. Funeral services will begin at 1 p.m. on Friday, October 30, 2020, at the Krantz-McNeely Funeral Home at Man. Richard will lovingly laid to rest at Forest Lawn Cemetery at Pecks Mill. Pallbearers will be family and friends. Online condolences may be sent to www.krantzmcneelyfuneralhome.com Arrangements have been entrusted to the care of the Krantz-McNeely Funeral Home at Man.
To plant a tree in memory of Richard McCoy, please visit Tribute Store
Thursday
29
October

The State of West Virginia has mandated that masks be worn inside all public buildings, churches, and businesses. Please bring your mask. Thank you.