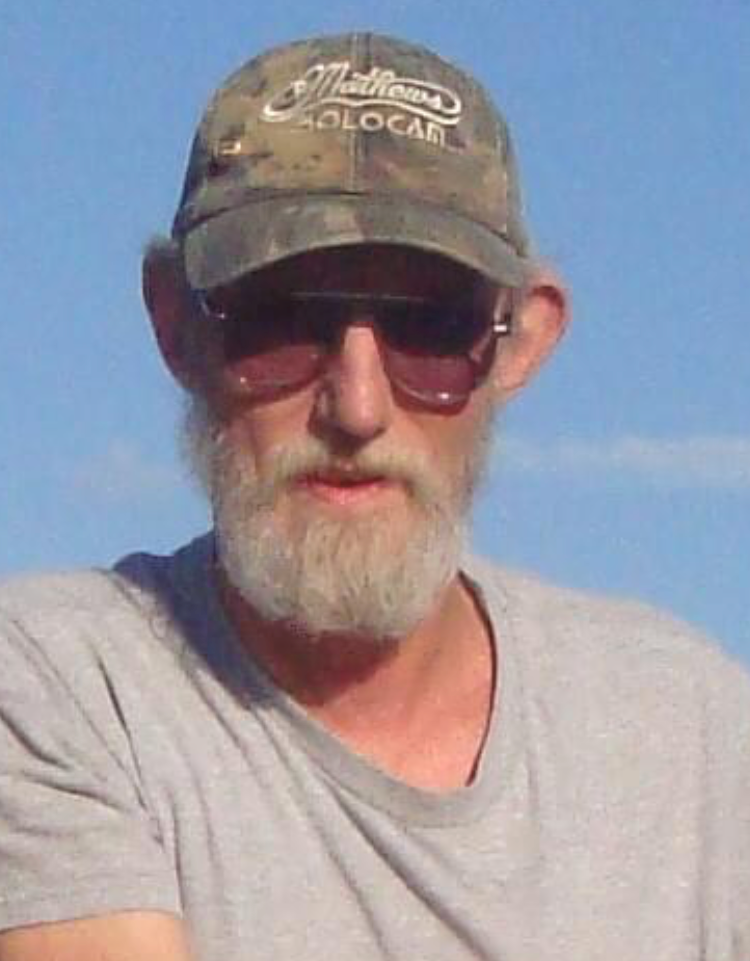 Larry E. Simpkins Of Accoville, WV Larry E. Simpkins, 60, of Accoville, went to be with the Lord on Saturday, September 5, 2020, leaving from his home, after a sudden illness. He was born on December 13, 1959, at Accoville, the son of the late Daniel Boone and Dolores Christian Simpkins. In addition to his parents, he was preceded in death by his maternal grandparents, Ora and Verlie Christian; his paternal grandparents, George Simpkins and Lydia Simpkins Weaver; three brothers-in-law, Allen Eddy, Sr., Hank Mosley, and Jason Grimmett; and his parents-in-law, Terry Grimmett and Shelia Zirkle. Larry recently re-dedicated his life to the Lord and was baptized on August 29, 2020. He was a quiet humble man who preferred to squat in a corner by himself but to his wife and daughters he was the center of their world. Larry loved to ride his side by side with his canine companion Sadie. He loved the mountains and nature and enjoyed hunting and meeting up with friends and riding the outlaw trails. Larry was a 1978 graduate of Man High School. He began his career as a coal miner in 1981 and retired in 2013 after 32 years of mining. Larry loved spending time with his children, grandchildren, and his dog Sadie. Those left to cherish his memory are his loving wife, Latira “Kricket” Grimmett Simpkins; his daughters, Mallorie (Jamie) Hall of Mallory, Stephanie (Matt) Lusk of Stowe, and Melissa (Matthew) Grimmett of Barboursville; his step-son, David Kovach of Accoville; his “adopted” daughter, Talenna Grimmett of Accoville; grandchildren, Braden, Brooklynn, Blake, and Brenton Grimmett of Barboursville, Lacey and Wade Lusk of Stowe, Noah Kovach of NC, and Aubrey Wade of Accoville; sisters, Lora Eddy of Anchorage, AK, Annie (Pedro) Hensley of Robinette, Gina Workman of Accoville, Barbara (Grant) Gambill of Amherstdale, and Susie (Alan) Bailey of Robinette; his brothers-in-law and sisters-in-law, Lisa (Lonnie) Maynard, Melvin “Mole” Mosley, Sammy Mosley, Cindy (Owen) Bailey, and Crystal Grimmett and her companion John Rogers; special friends, Jim and Martha Conley, Rocky Conley, James Deel, Jimmy “Bo” Bias, Viv and Johnny Bowen, and Tim “Biggen” Wolford; and many nieces and nephews along with a host of other relatives and friends. Funeral services will be conducted at 3 p.m. Tuesday, September 8, 2020, at the little hollow church Larry grew up in, Mt. Olive Freewill Baptist Church at Accoville Hollow with Rev. James Short, Jr. assisted by Rev. Alan Bailey officiating. Friends may call from 1 p.m. until 3 p.m. Tuesday at the church also. Pallbearers will be Jamie Hall, Matt Lusk, Matt Grimmett, Matt Hensley, and John L. Workman. Honorary pallbearers will be Jim Conley, Rocky Conley, James Deel, and Jimmy “Bo” Bias. In honor of Larry’s request his remains will be cremated after the services. Online condolences may be sent to www.krantzmcneelyfuneralhome.com Arrangements have been entrusted to the care of the Krantz-McNeely Funeral Home at Man.
To plant a tree in memory of Larry Simpkins, please visit Tribute Store
Tuesday
8
September

In honor of Larry's wishes his remains will be cremated after the services.

The State of West Virginia has mandated that masks be worn inside public buildings and businesses. Please bring your mask. Thank you.