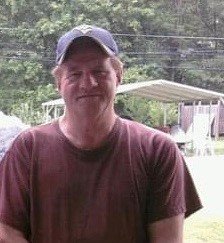 Robert “Bobby” Bryant, 70, of Accoville, departed this life on Tuesday, July 28, 2020, at CAMC-Memorial Division at Charleston, after an extended illness. He was born on October 20, 1949, at Accoville, the son of the late Pat Bryant and Janette Vance. In addition to his parents, he was preceded in death by his step-father Nig Vance; father-in-law, Freddy Williams; brother, Rev. Tommy Vance; and his brother-in-law, Freddy “Pete” Williams. Bobby was a 1968 graduate of Man High School where he played basketball for the Man Hillbillies. After graduation, he began his career in the coal mines which spanned over 30 years. Bobby enjoyed taking care of fighting chickens and fishing. He was devoted to his family. Those left to cherish his memory are his wife of 51 years, LaDonna Williams Bryant; three children, Kim (Todd) Keffer of Man, Craig (Shanna) Bryant of Claremont, NC, and Katie (Wyatt) Ables of Germany; five grandchildren, Madison and Sydney Keffer, both of Man, Payton and Camryn Bryant of Claremont, NC, and Annalease Ables of Germany; two siblings, Jackie Hall and John (Kim) Vance, both of Davin; sister-in-law Cynthia Vance of Davin, and his cousin and best friend, Dennis (Sue) Bryant of Kistler; his mother-in-law, Lou Williams of Robinette; and many nieces and nephews along with a host of other relatives and friends. A memorial service will begin 6 p.m. Sunday, August 2, 2020, at the Taplin Freewill Baptist Church at Taplin with speaker Shelly Wells officiating.
To plant a tree in memory of Robert Bryant, please visit Tribute Store
Plant a Tree
Print
Sunday
2
August

Gathering of friends and family