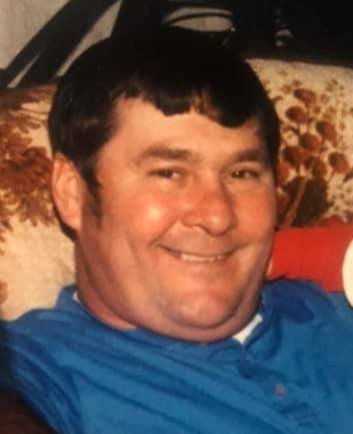 Ronnie G. Hoosier of Robinette, WV Ronnie Gene Hoosier, 79, of Robinette, went to be with the Lord on Monday, February 3, 2020, leaving from his earthly home, surrounded by his loving wife, daughters, and son-in-law, after a brief illness. He was born on September 20, 1940, at Lorado, the son of the late Rev. Clyde Arthur and Lucille (Jacobs) Hoosier. In addition to his parents, he was preceded in death by his parents-in-law, Bill and Mae Jarrell; two sisters-in-law, Cheryl Foxx and Peggy Moore. Ronnie attended Man High School. He was drafted into the U.S. Army in 1960 and was Honorably Discharged in 1962. Ronnie served his country during the Berlin Crisis and the Cuban Missile Crisis. After his discharge, he returned to Buffalo Creek where he began his career as a coal miner and married the love of his life Carol. Ronnie became disabled in a mining accident on February 7, 1977. A true son of West Virginia, Ronnie loved the mountains, hunting, and fishing. He also enjoyed gardening and woodworking. Most of all Ronnie was devoted to his family and will be deeply missed by all who love him. Those left to cherish his memory are his wife of 56 years, Carol (Jarrell) Hoosier; two daughters, Angela (Dale) Lawson of Charleston and Ronda (Mark) Hatfield of Smith Mtn., VA; four granddaughters, Haleigh (Brandon) Harold of Cross Lanes, Carol Ann Hatfield and her companion, Derek Neville of Roanoke, VA, Stephanie (Eric) Stanley of Charleston, and Amber (Alan) Lester of Robinette; two grand-sons, Ricky Gene (Brittany) Grimmett of Charleston and Evan Hatfield of Smith Mtn., VA; four great-grandsons, Raylan, Grayson, Corey, and Liam; and one great-grand-daughter, Bellamy and one great-granddaughter due in April; one sister, Kitty Vance (Mitch) Howell of Van; one brother, Clyde Ernest Hoosier of Lundale; three sisters-in-law, Debbie (Bill) Mays of Stowe, Vickie Graham of Crown, and Sheila Hoosier of Madison; nephews, Shane Hoosier, Nick Hoosier, Kevin Mays, Pat White, Danny White, Billy Foxx, Ronnie Foxx, Rodney Jacobs, and Michael Jacobs; a special niece, Jennifer White who loved and spent time with Ronnie and Carol and helped during Ronnie’s illness; nieces, Crystal (David) Zarbatany, Terra (Ryan) Montgomery, Kaitlyn May; special life long friends, Rick Grimmett, Terry and Eddie Adkins, Chuck Osborne, and Donnie Preston; his fence and creek bank buddy, Sarah “Nanny” Pruitt; and his canine fur babies, Homie and Ruby; and feline fur baby, Marvin the Cat; along with a host of other relatives and friends. The family would like to thank Chris Tipton and the staff at Lincoln Primary Care, Dignity Hospice, Rev. Bernard Cook, Rev. Donald Lafferty, and all the neighbors on Cowan Avenue for their care, compassion, gifts of food, and most of all prayers. Visitation will be held Friday from 6:00 p.m. until 9:00 p.m. at the Krantz-McNeely Funeral Home at Man and from 11:30 a.m until 1:00 p.m. on Saturday at the Man Church of God at Man. Funeral services will begin at 1:00 p.m. Saturday, February 8, 2020, at the Man Church of God with Rev. Donald Lafferty, Rev. Bobby Maxwell, and Elder Terry “Bubby” Adkins officiating. Burial will follow in Forest Lawn Cemetery at Pecks Mill. Online condolences may be sent to www.krantzmcneelyfuneralhome.com Arrangements have been entrusted to the care of the Krantz-McNeely Funeral Home at Man.
To plant a tree in memory of Ronnie Hoosier, please visit Tribute Store
Friday
7
February

Share Your Memory of
Ronnie
Upload Your Memory View All Memories
Be the first to upload a memory!
Share A Memory
Plant a Tree