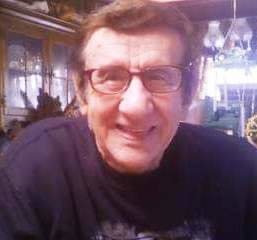 Kennith Lee Cochran, 88, of Cooks Addition – Davin, went to plant his eternal garden at his Heavenly home on Thursday, November 14, 2019, leaving from after a sudden illness.

He was born on November 2, 1931, at Mallory, the son of the late Millard, Sr. and Garnett Walls Cochran.

In addition to his parents, he was preceded in death by three sisters, Ruth Adams, Phyllis Elgin, and Edith Waddell; two brothers, Lon Cochran and Donald Ray Cochran; and a step-granddaughter, Kelsie Vann.

Kennith was a 1951 graduate of .  After graduation, he joined the U.S. Marine Corp and served in the Korean War.  Upon receiving an honorable discharge from the military, he began his career as a coal miner in 1955.  Kennith worked in the coal mines for 40 years retiring in 1994.  He was passionate about planting a huge garden every year out of which he fed many of his neighbors and friends.  Kennith enjoyed coon hunting and having long political discussions with anyone with whom he came in contact.  Devoted to his family, he loved spending time with his sons, grandchildren, caretaker, and her children and grandchildren.

Those left to cherish his memory are three sons, Michael Cochran of Pineville, Jack (Liane) Cochran of Sanford, NC, and Don Cochran and Geniese of Myrtle Beach, SC; two grandchildren, Austin Cochran of Pineville and Chance Cochran of Sanford, NC; two brothers, Millard (Sue) Cochran, Jr. of Hunt and David (Jody) Cochran of Mallory;  his caretaker, Ladeane Maynor of Davin, and her children who think of Kennith as a step-father, Vicki (Brian) Adams of Man,   Roy (Elva) Dunn of Brighton, MI, Troy Maynor and his companion, Heather, of Mallory Hollow; 10 step-grandchildren, and eight step-great-grandchildren along with a host of other relatives and friends.

Visitation will be held from 6-9 p.m. on Monday, November 18, 2019, at the Krantz-McNeely Funeral Home at Man where a memorial service will begin at 7 p.m. with Rev. Sharlene Williams officiating.

Military honors will be conducted by the Wyoming County Honor Guard.

In honor of Kennith's wishes his remains have been cremated.

In honor of Kennith's wishes his remains have been cremated.

Share Your Memory of
Kennith
Upload Your Memory View All Memories
Be the first to upload a memory!
Share A Memory
Plant a Tree