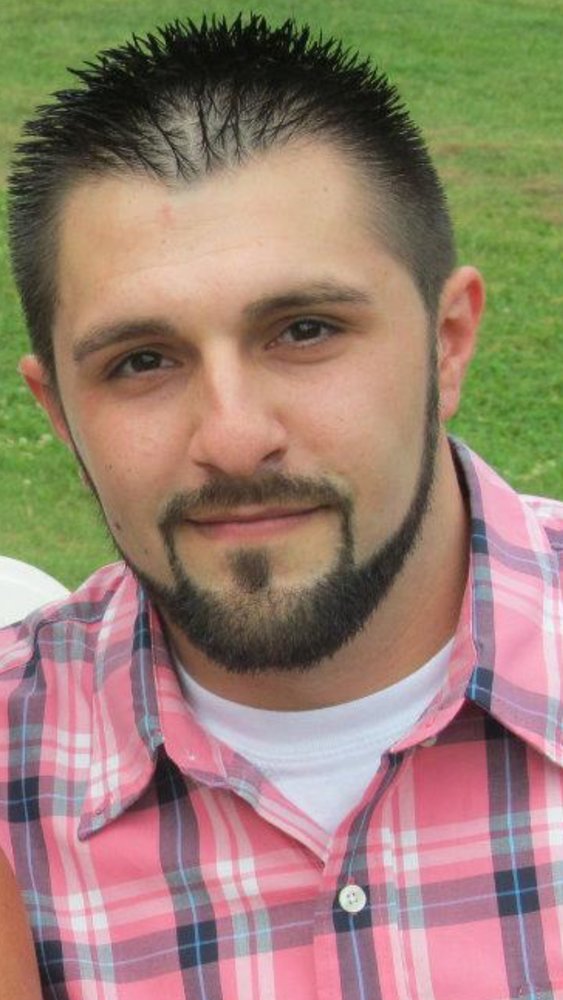 Born on August 15, 1984 at Man, Kenny was the son of Tina Blankenship Greene Petzer of and the late Kenneth Lee Greene.

A graduate from in 2002, Kenny participated in sports from t-ball and midget league through baseball and football. Not only athletic, Kenny was always the life of the party, whether singing, dancing, or making everyone laugh. He had an infectious smile that was contagious and could light up any room. He was devoted to his family including numerous aunts, uncles, and cousins. Kenny was somewhat of a ham, loving entertaining others. He portrayed Sonny in the production of Grease when he was a senior in high school.

Kenny also attended Charleston School of Beauty Culture. All of his clients considered him the best barber on the “East Coast.”   His nickname was KG to all of his friends who knew and loved him.

Those left to cherish his memory are his loving mother and stepfather, Tina Blankenship Greene Petzer and Christian Petzer of Mechanicsville, VA, his daughter, Kelsie Greene of McConnell who was the light of his life, his sister, Erica Greene from Richmond, VA, his maternal grandmother, Shirley Blankenship of Amherstdale, Uncles, Brian Blankenship, Freddy (Abby) Greene, Billy Jack Greene, and James Greene of Man, Aunts, Karen Blankenship Ramsey and Drema (Tim) Franklin both of Kistler, WV, his nephew, Landon Adkins of Richmond, VA, and a host of other relatives and friends.

Visitation will be held Saturday from 6-9 p.m. at the Hunt Freewill Baptist Tabernacle with Rev. Michael Pollard officiating at a service that night and one hour prior to services at the church also.

Funeral services will begin at noon on Sunday, October 6, 2019, at the church with the Rev. Michael Johnson officiating.

Kenny will lovingly be laid to rest close to his father at at Pecks Mill.

Honorary pallbearers will be Parish Harvey and Ronald Ramsey.

Kenny’s flame was extinguished way too soon and he will be so sadly missed.

Arrangements have been entrusted to the care of the Krantz-McNeely Funeral Home at Man.

Share Your Memory of
Kenneth
Upload Your Memory View All Memories
Be the first to upload a memory!
Share A Memory
Plant a Tree