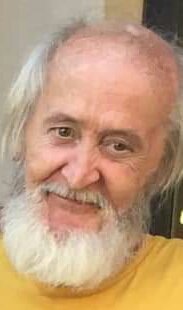 Cecil Grover Keeney, 62, of Accoville, formerly of Davin, went to be with the Lord on Sunday, July 7, 2019, leaving from his residence, after a long illness.

He was born on November 24, 1956, at Logan, the son of the late Freddie Joe and Audrey Rose McCane Keeney.

Cecil was a disabled coal miner formerly employed with Powellton Coal Company.  He was a member of the UMWofA District 17.  Cecil enjoyed wood working, painting automobiles, and talking about the Lord.  When he was able he attended Gilman Bottom Tabernacle.  Cecil loved fellowshipping and spending time with family and friends.

Cecil’s favorite Bible verse is John 3:16  For God so loved the world, that He gave His only begotten Son, that whosoever believeth in Him should not perish, but have everlasting life.

Visitation will be from 12 until 2 p.m. at the church also.

In honor of Cecil’s request, his remains will be cremated after the services.

In honor of Cecil's wishes his remains will be cremated after services.

Share Your Memory of
Cecil
Upload Your Memory View All Memories
Be the first to upload a memory!
Share A Memory
Plant a Tree